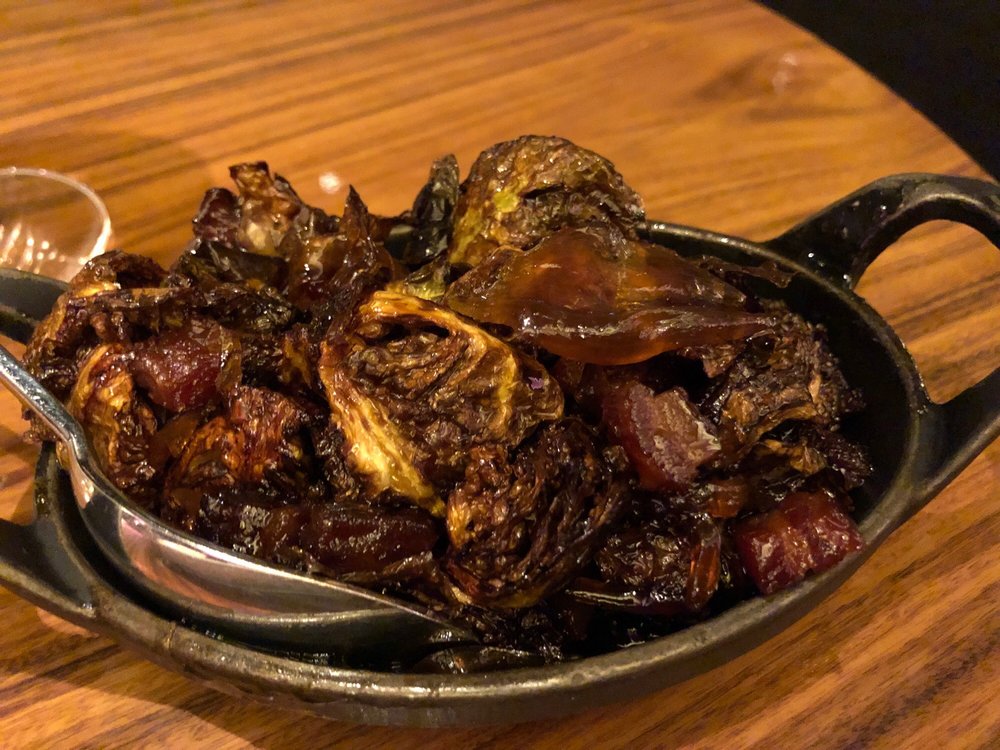 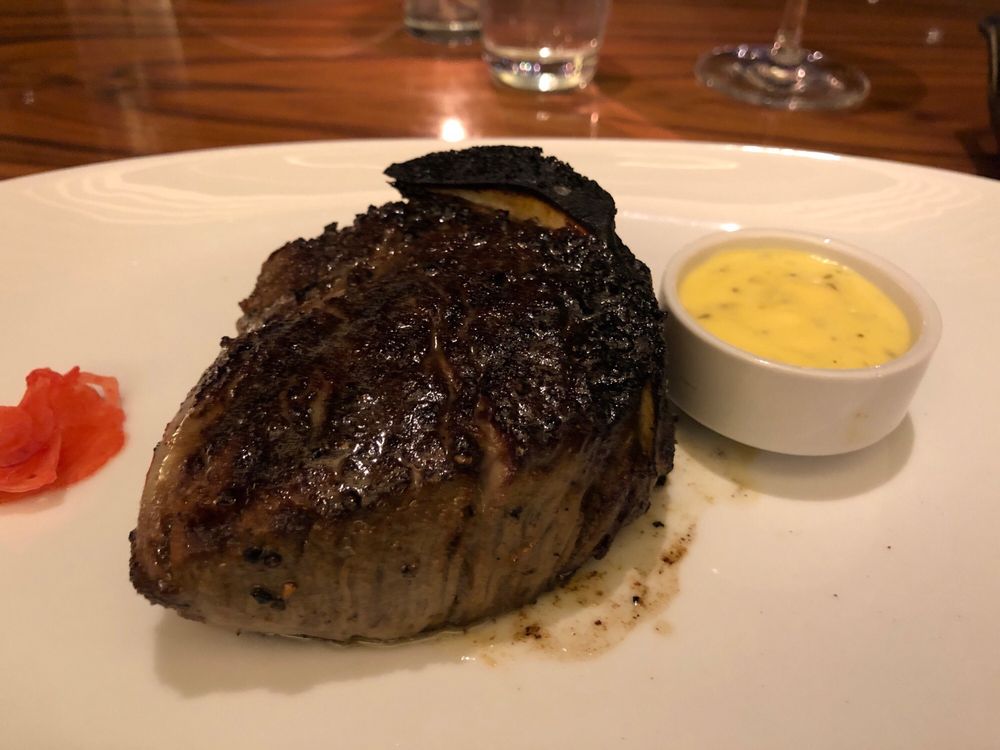 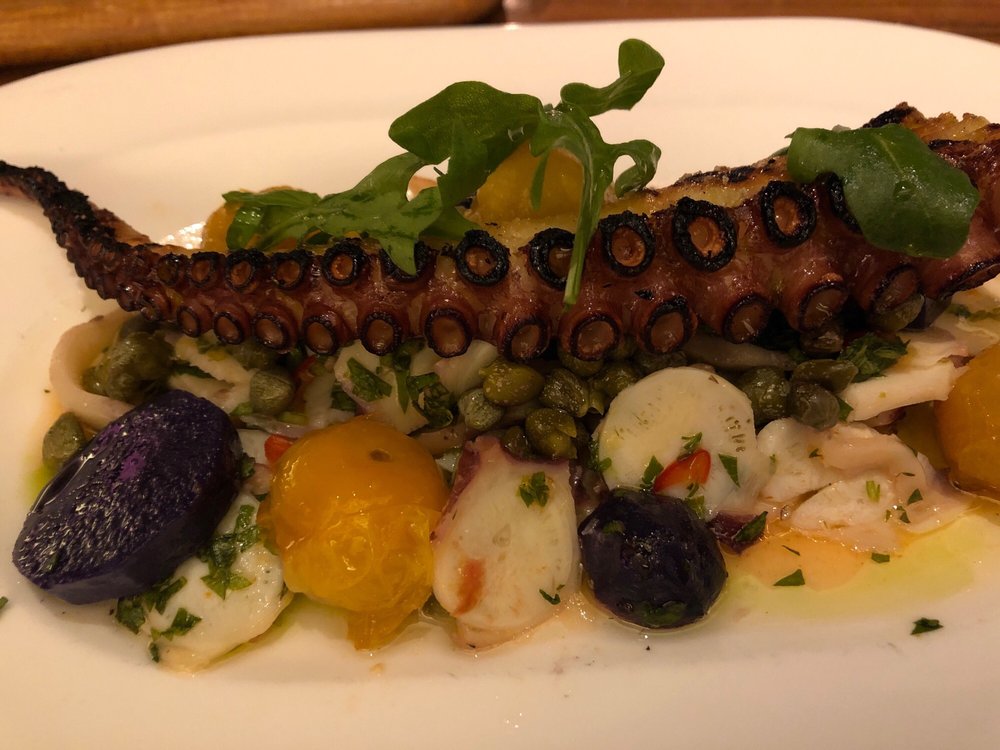 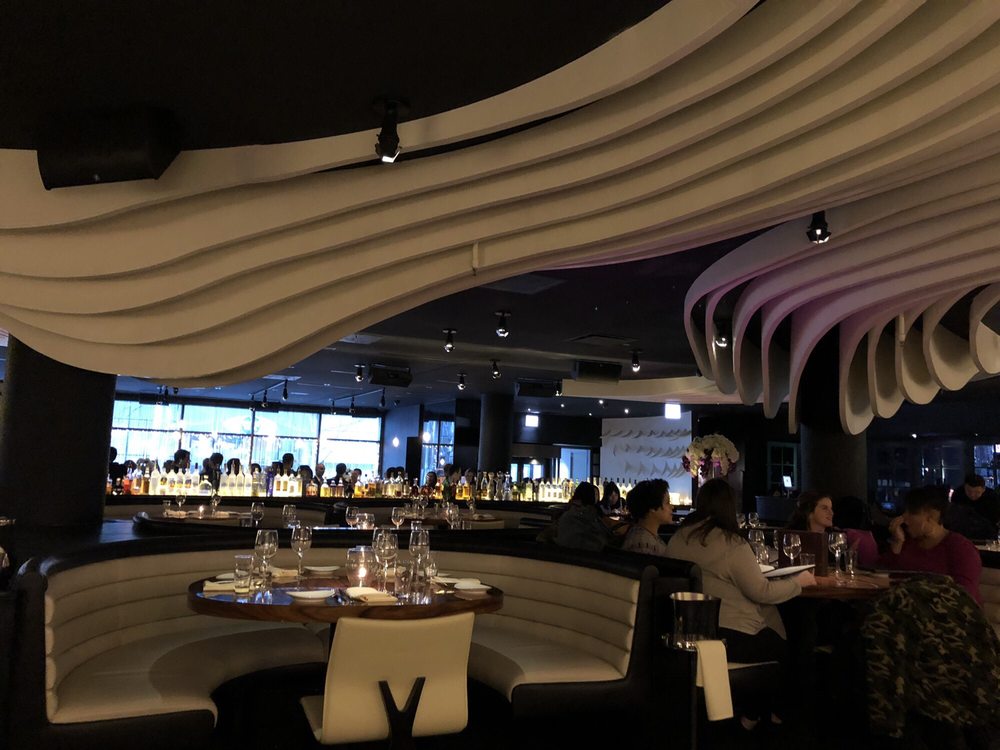 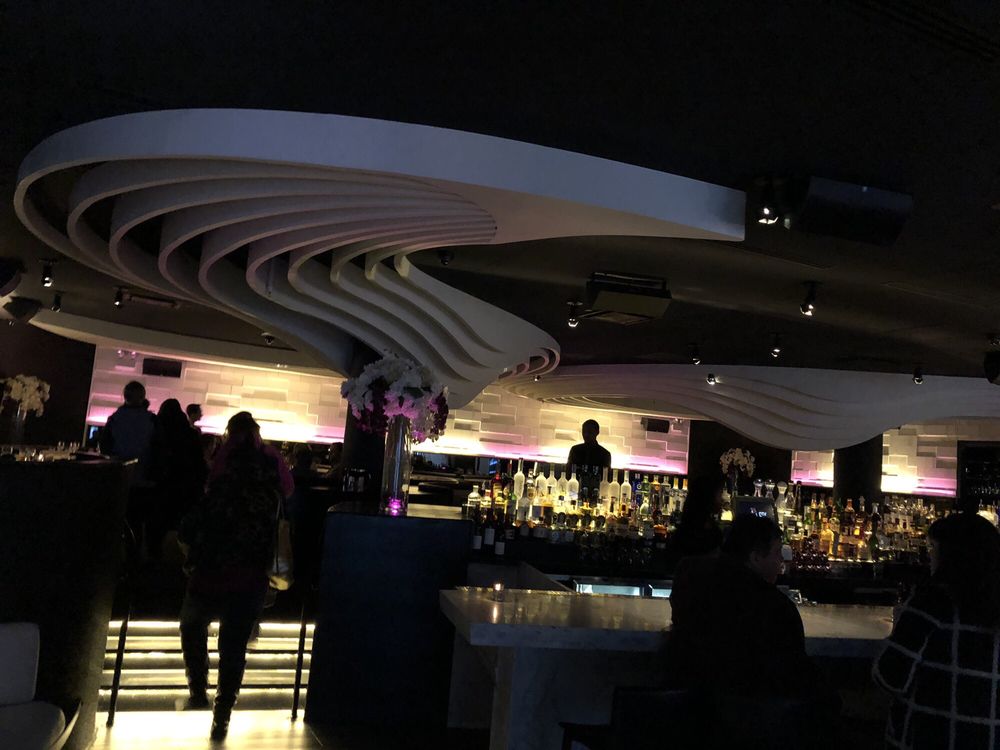 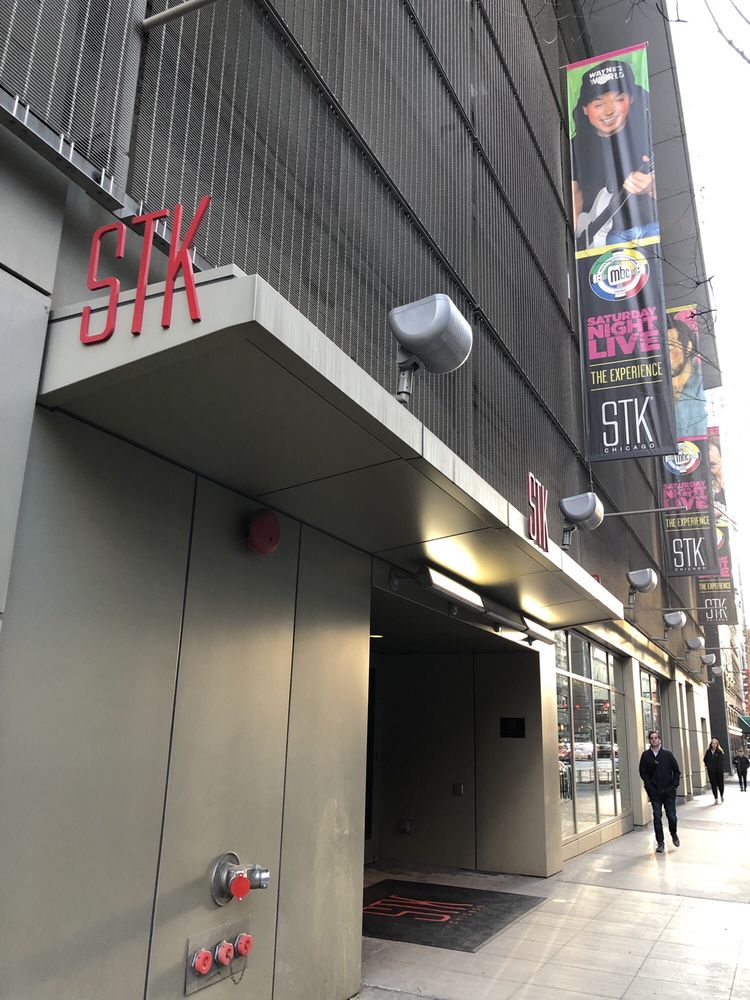 STK is the 26th steakhouse I’ve been to in Chicago (not all the same week, mind you!) and I’d rate it somewhere in the second half of that list.

The atmosphere is different from the others, in that it’s trying to be more of a trendy spot with a live DJ in a booth creating a sometimes too-loud soundtrack that seemed to be appreciated more in the open bar area than the dining area.

The wine list is more limited than some of the other steakhouses in town, and prices are the usual River North markup.

Bread was sort of like a pull apart Parker House roll. It was topped with blue cheese butter, so if you don’t like that say so up front.

I enjoyed the grilled octopus I started with, which combined a nicely grilled tentacle with some tender octopus ceviche.

The brussels sprouts where nicely roasted, but were swimming in a sweet balsamic. It was good, but far too much of a good thing.

My biggest bone to pick (ahem) was with my steak. It was a bone-in filet. As you would expect with a filet, it didn’t have a lot of flavor, but it should have had more flavor near the bone. And since it was a filet, it should have been more tender and gristle-free. It wasn’t. At over $70, I think my money is better spent on a place with prime meat.