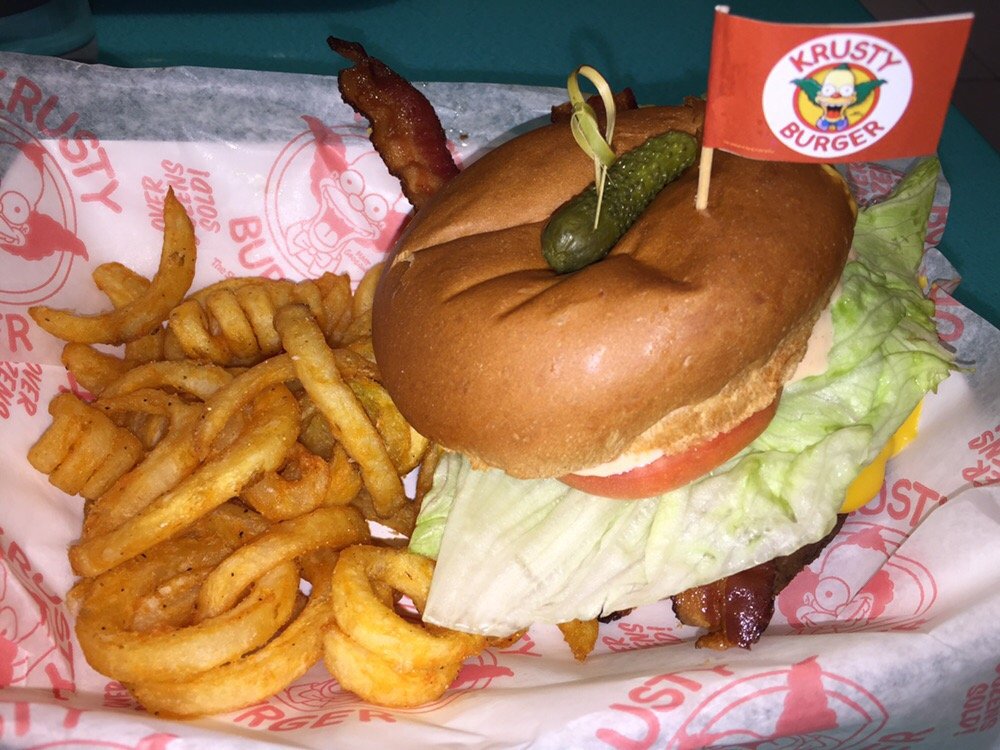 I had the Klogger Burger, which included two patties and bacon. It was the kind of burger I like, with lettuce and tomato, and plenty of condiments, and the bun held together well. If I had it again I would skip the cheese sauce, which I’ve never really cared for. I can’t achieve that umami goodness of a slice of melted cheese right on the patty. If this place used real cheese it would be four stars.

My wife had the hot chicken wings, which I liked by she thought were too spicy. The accompanying tater tots were just so-so, not as good as the curly fires that came with my burger.

Service was pretty fast. If it’s a nice day sit outside to avoid the cartoon video, which repeats every few minutes.