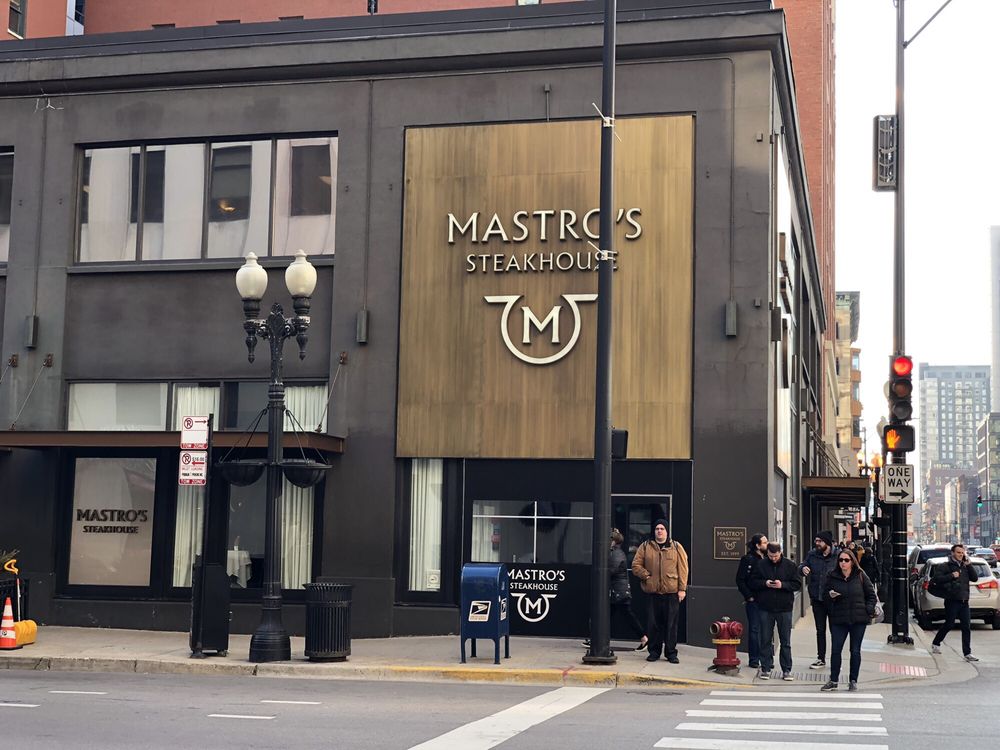 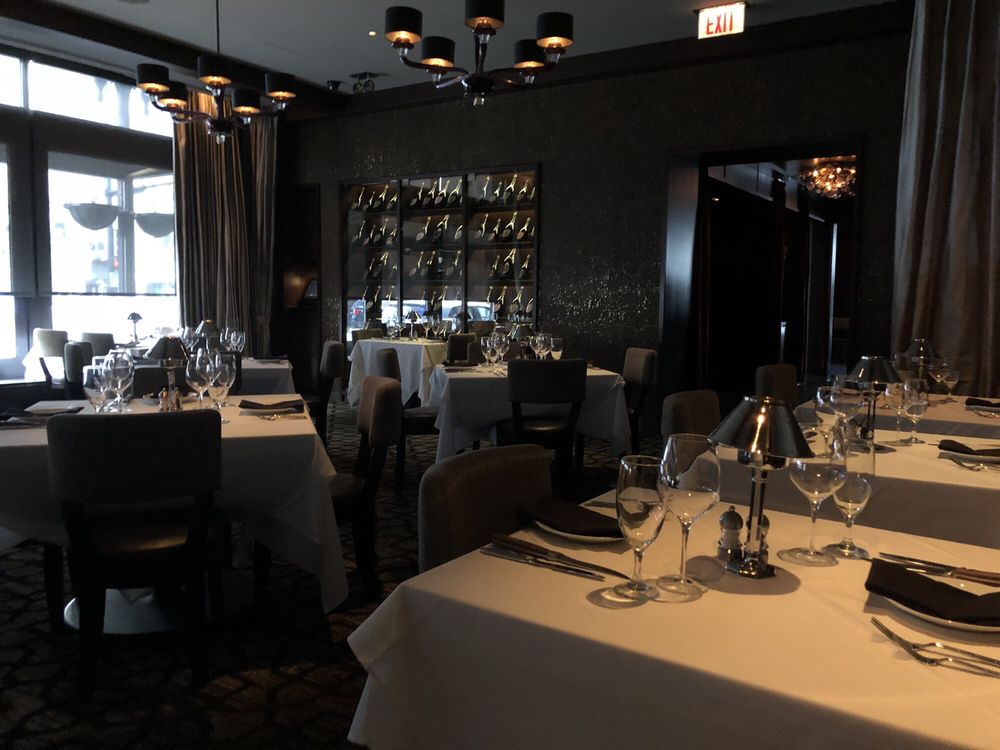 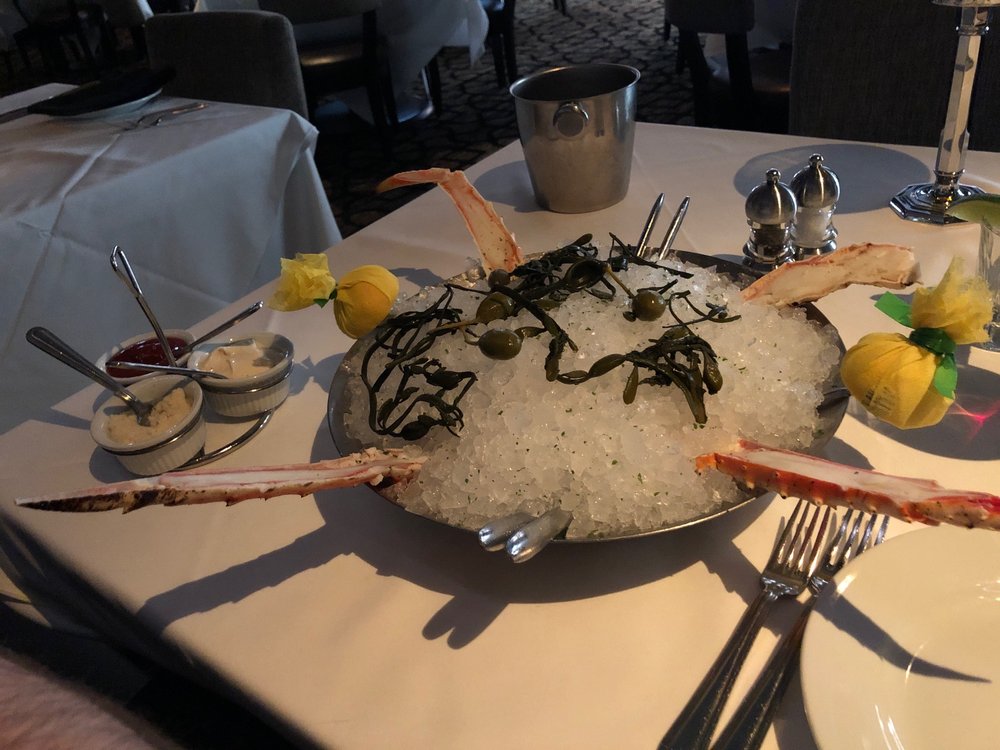 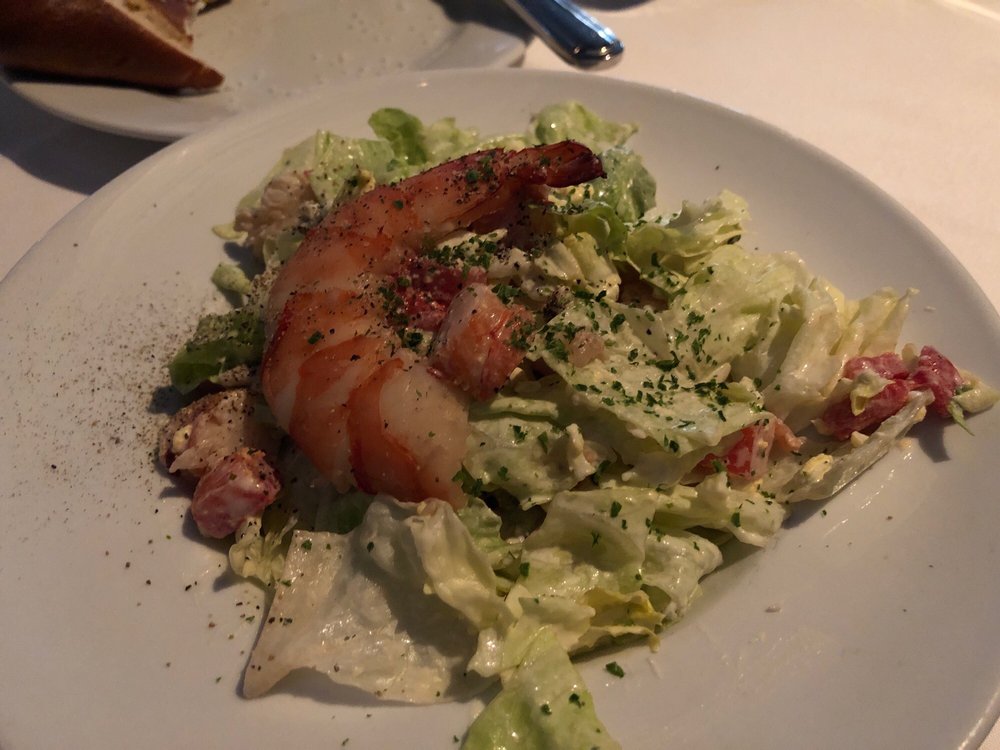 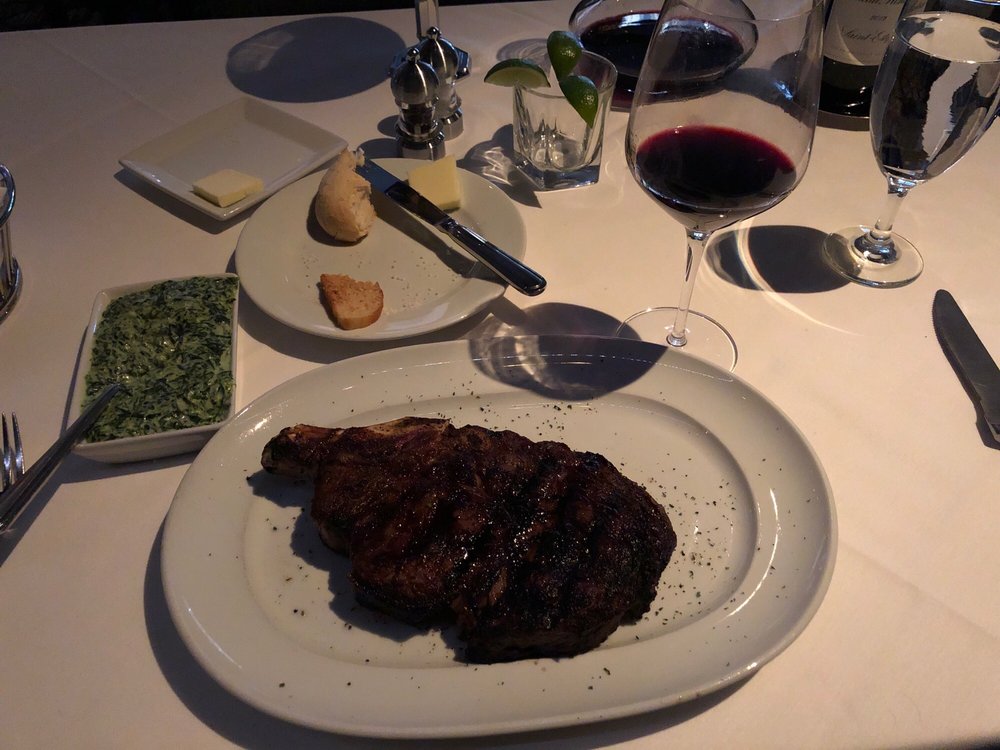 This is the 25th steakhouse I’ve been to in Chicago! Yes, there are a lot of steakhouses here, and I must confess that most of them were pretty good.

I’m not sure why it took me so long to try Mastro’s, as it is very close to home. But I’m rather glad I waited, as if I’d already been here, I probably wouldn’t have enjoyed some of those others quite as much.

Indeed, Mastro’s is about as good as it gets. The atmosphere is exactly what a Chicago steakhouse should be: clubby, refined, not too loud (until it gets full) and with live entertainment in a sophisticated attached bar and lounge.

Service is also extremely polished, with a nice combination of hospitality and professionalism. I was in early on a Monday when it wasn’t busy, and was able to observe the various servers’ and bussers’ interactions with patrons throughout the room, and it was clear that every guest was having a good experience.

There are a few better wine lists in town, but the list here is very good, with an emphasis on California wines and good matches with steak. There is also a nice assortment of Bordeaux reds, but, oddly, no Burgundy at all.

Of course, Chicago is a cocktail town, and there are pages of them on offer.

I started with a couple of King Crab legs. They were served with a nice mustard sauce and a delightfully potent horseradish blend.

The Mastro’s salad is a nice combination of chopped lettuce, blue cheese, tomato, and shrimp. Very refreshing, and a great match with red wine.

I like steaks with the bone in because of the extra flavor, and Mastro’s offers at least three cuts this way. I chose the ribeye, and it didn’t disappoint. As always there was a lot of waste because of the heavy marbling, but that’s why you order a ribeye.

I like creamed spinach, but it so often goes awry, either a lump of soggy spinach, or a cream soup with a few green bits. The creamed spinach here was perfectly balanced; I can’t recall having better.

Mastro’s is expensive. Nearly every steak on the menu is about the same price (around $63 on my visit). Sides, salads, cocktails, and wine are also not cheap. But the things that make Mastro’s great are not inexpensive to achieve, so I would say it represents an excellent fine dining experience for the money. It would certainly be one of the first Chicago steakhouses I would recommend trying (not the 25th!)