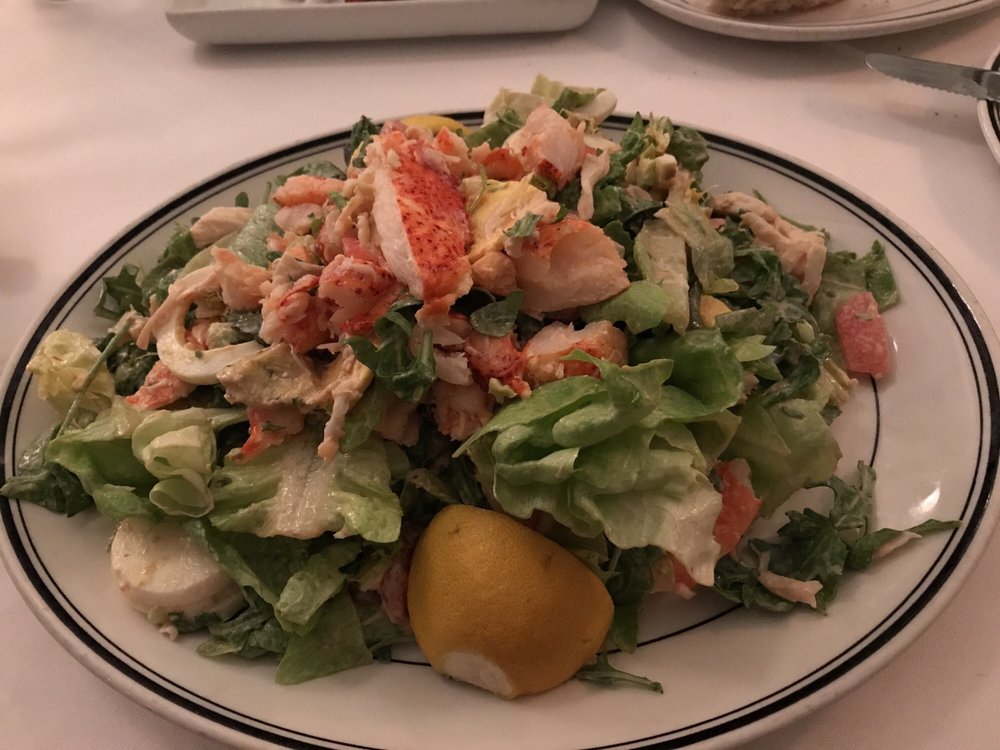 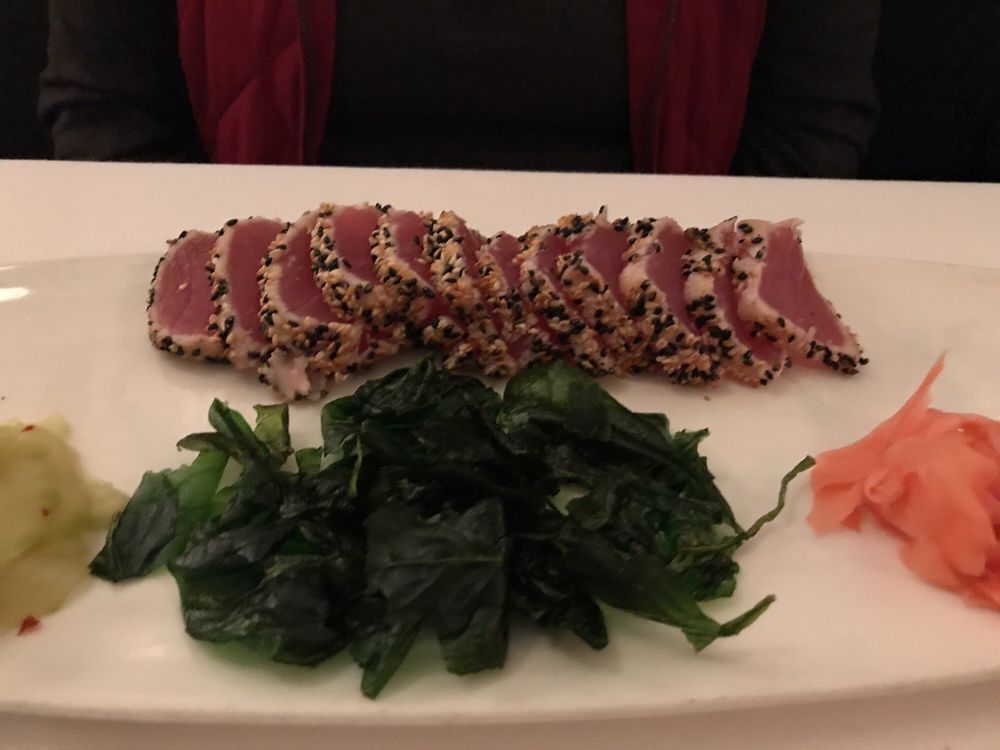 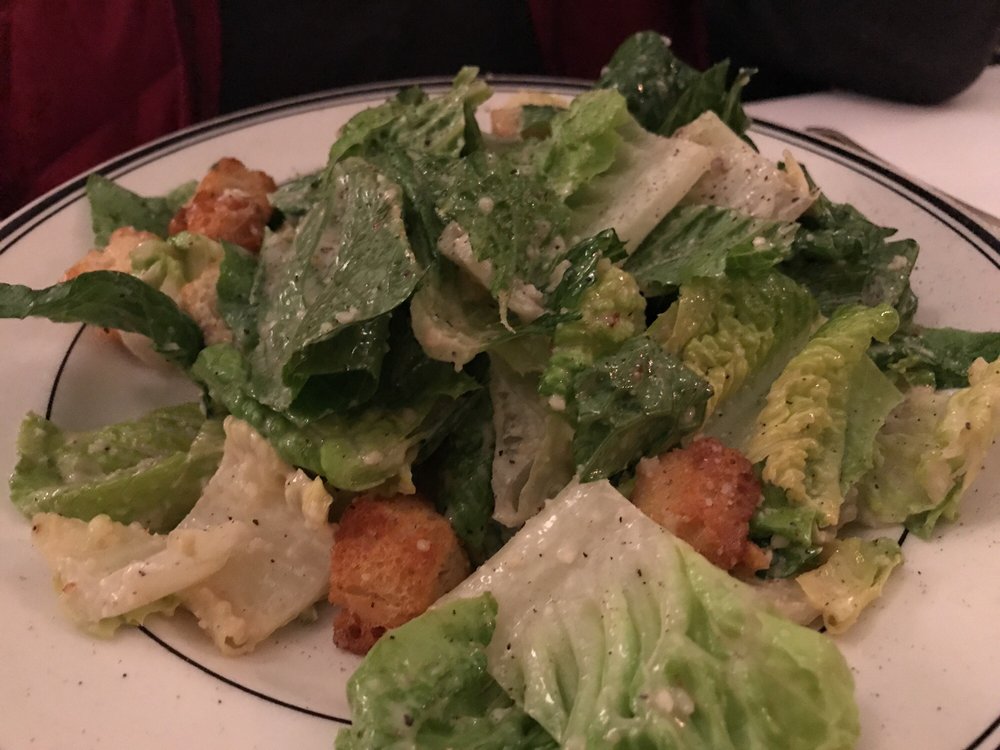 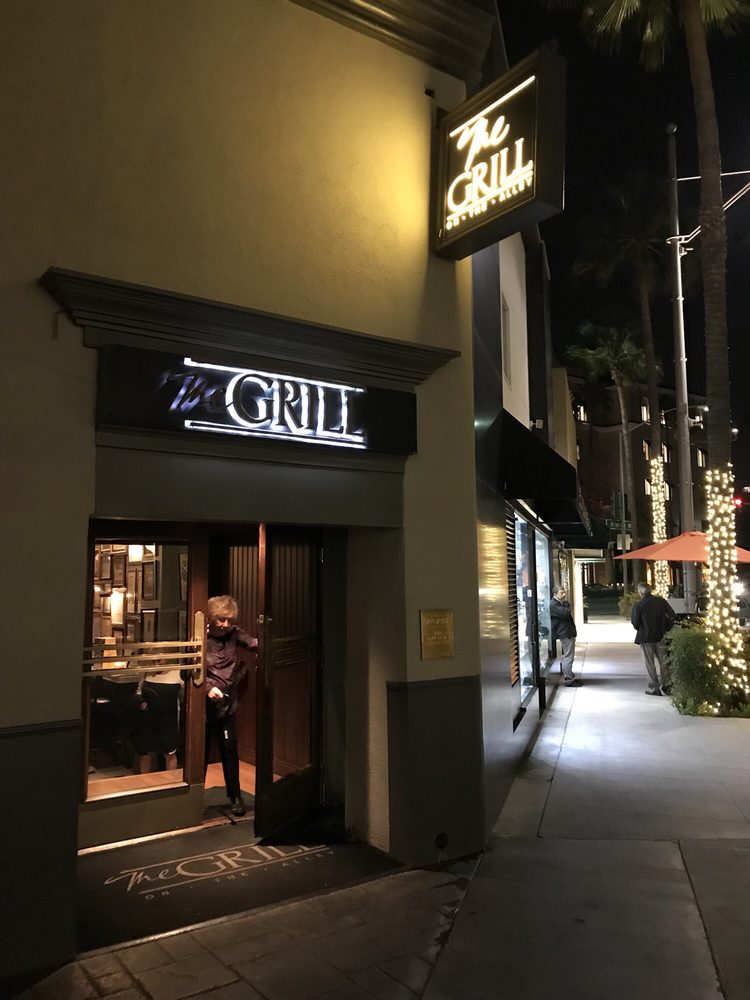 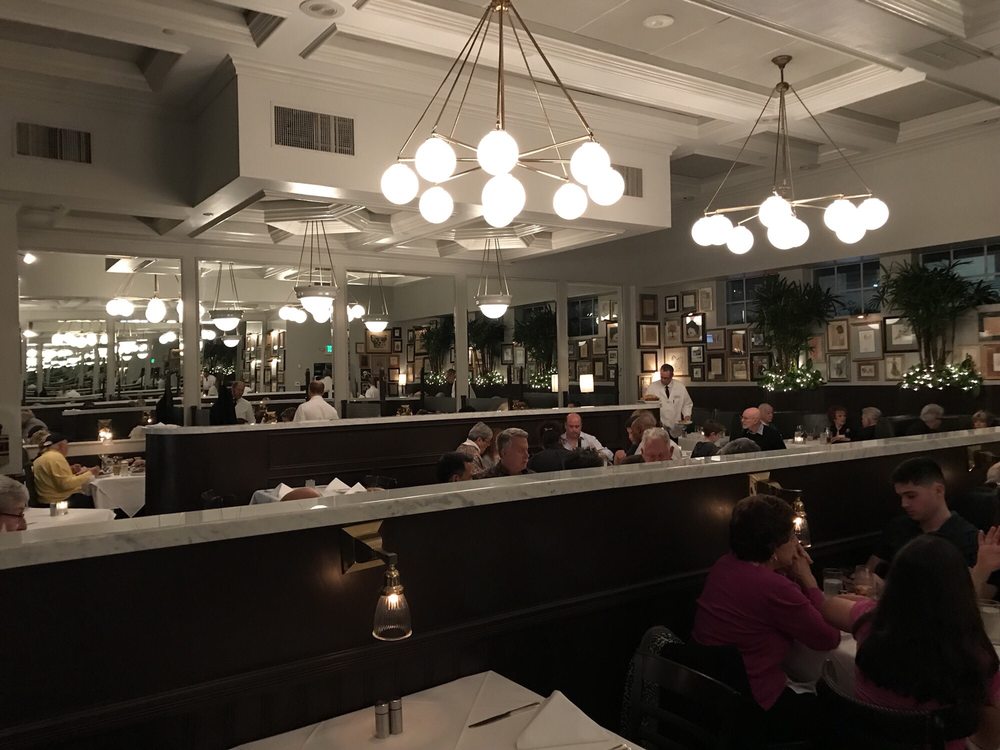 If you like old-school places, you’ll probably like The Grill on the Alley. It’s pretty much unchanged since it opened in the 80s, and it was designed to be retro even back then. It’s a bit like more recent retro steakhouse concepts such as the Palm or Mortons, but somehow lacks the upscale feeling of those.

I didn’t find much that was remarkable on our visit. The best thing I had was a shrimp, crab and lobster Louie salad, which was very generous in its seafood portion, as it should have been for almost $50.

The service was–and I’m being charitable here-uneven, to say the least. We seemed to be handed off through a succession of at least four servers, and the people delivering the plates and bussing the table were all in rotation, too, so it wasn’t exactly conducive to feeling like a guest–more like part of an assembly line.

The clientele here is even older than the restaurant — by about forty years, I’d guess, and seems to be devoted, so perhaps they see something in it that I didn’t.