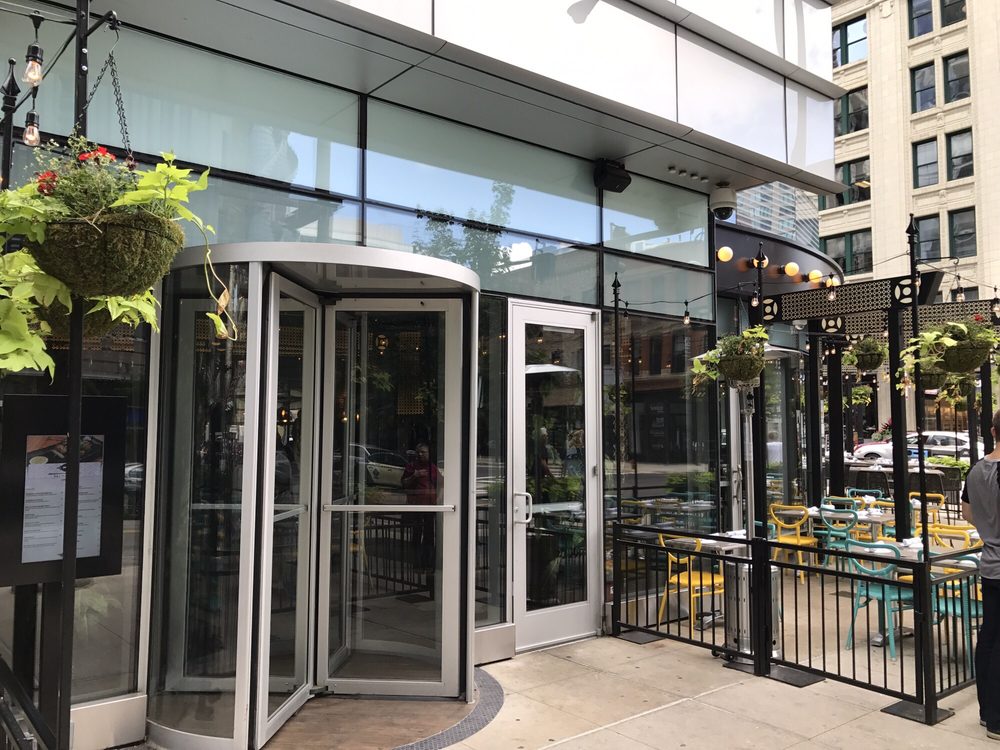 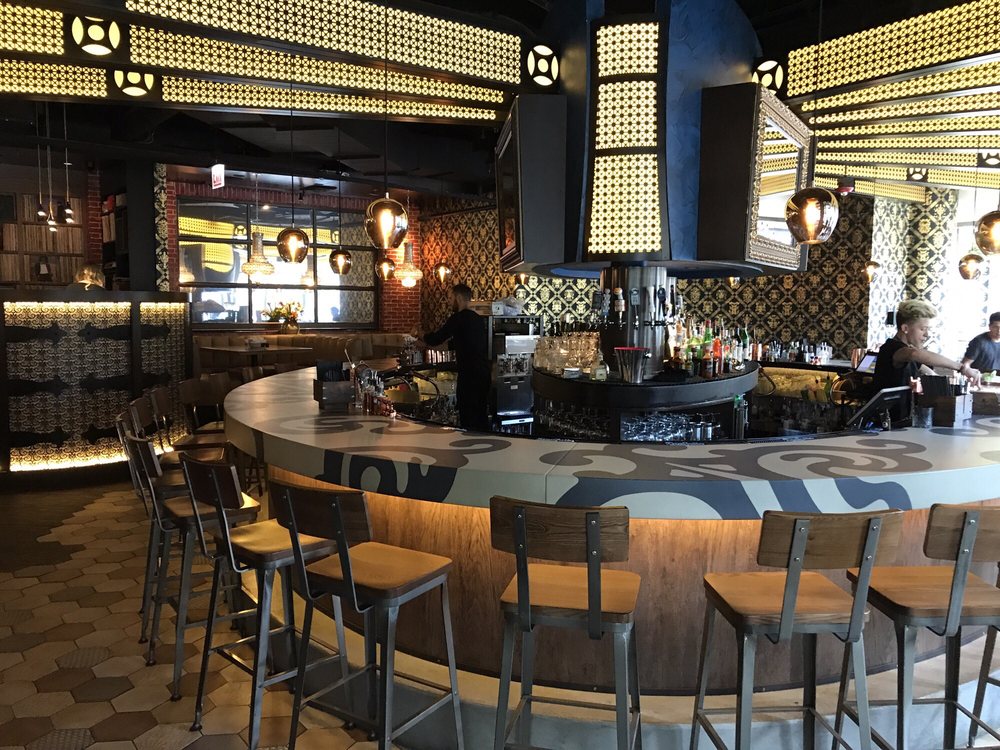 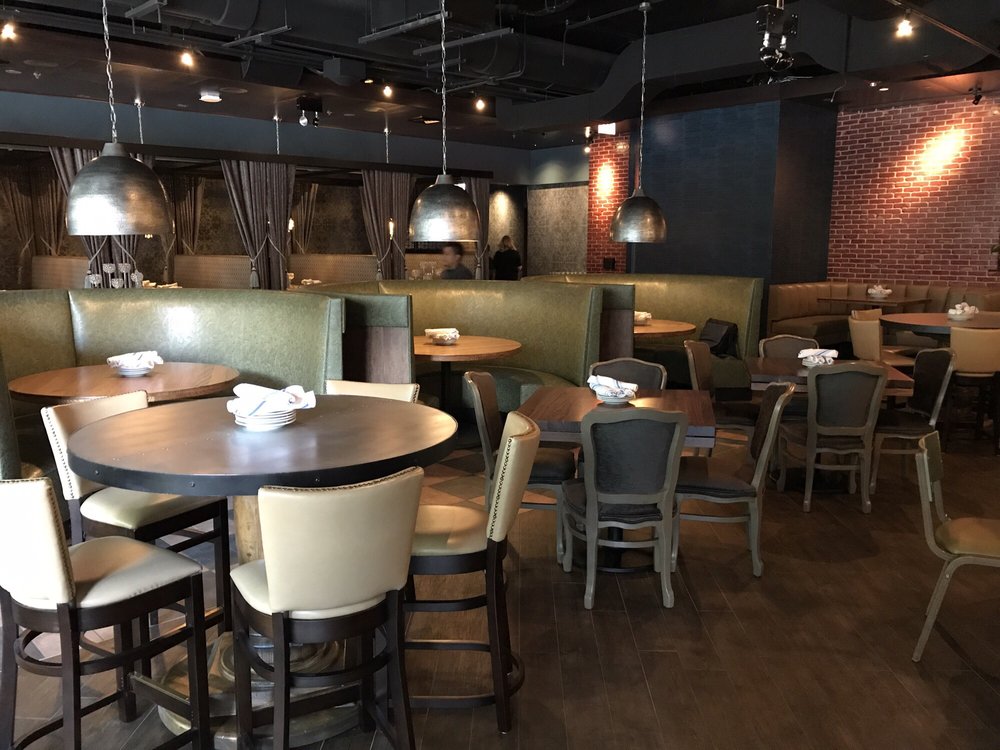 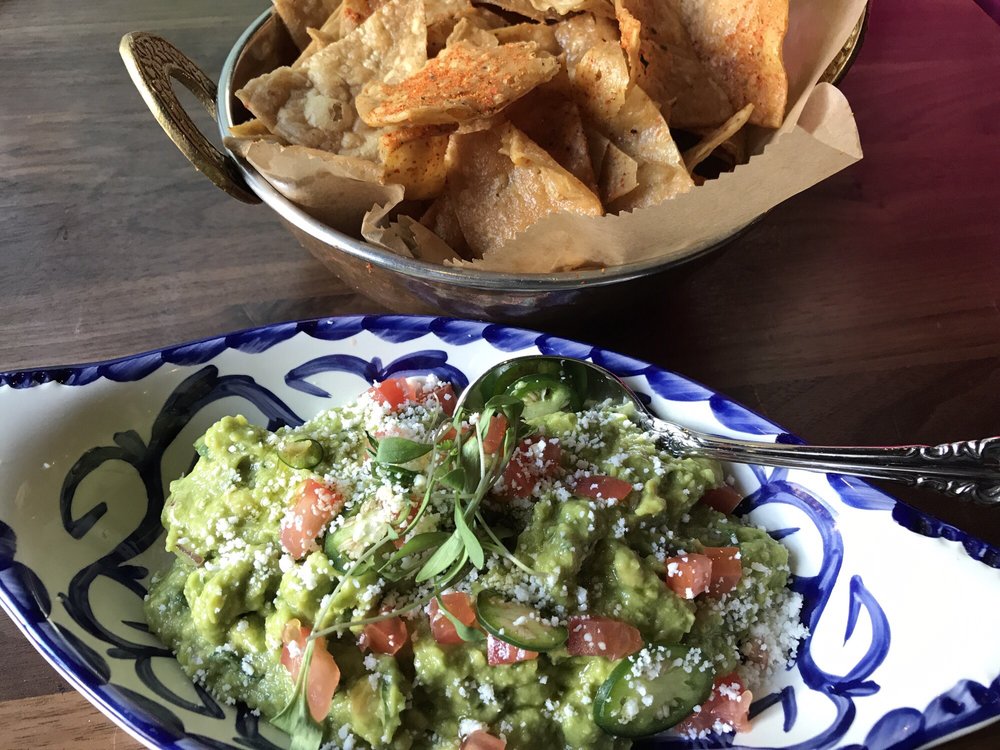 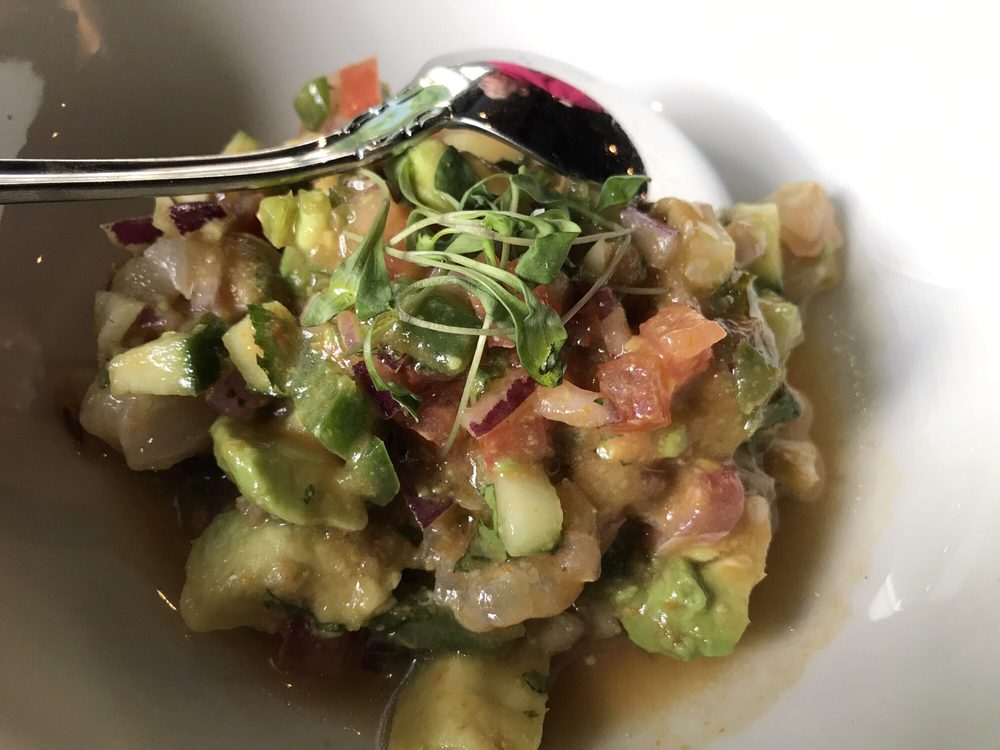 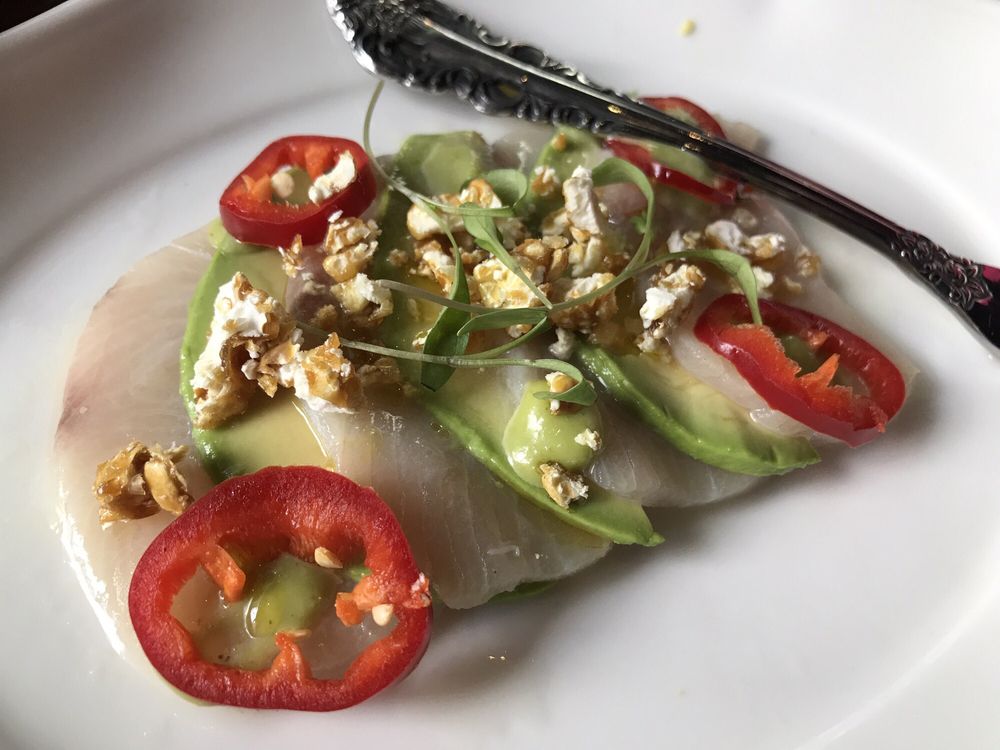 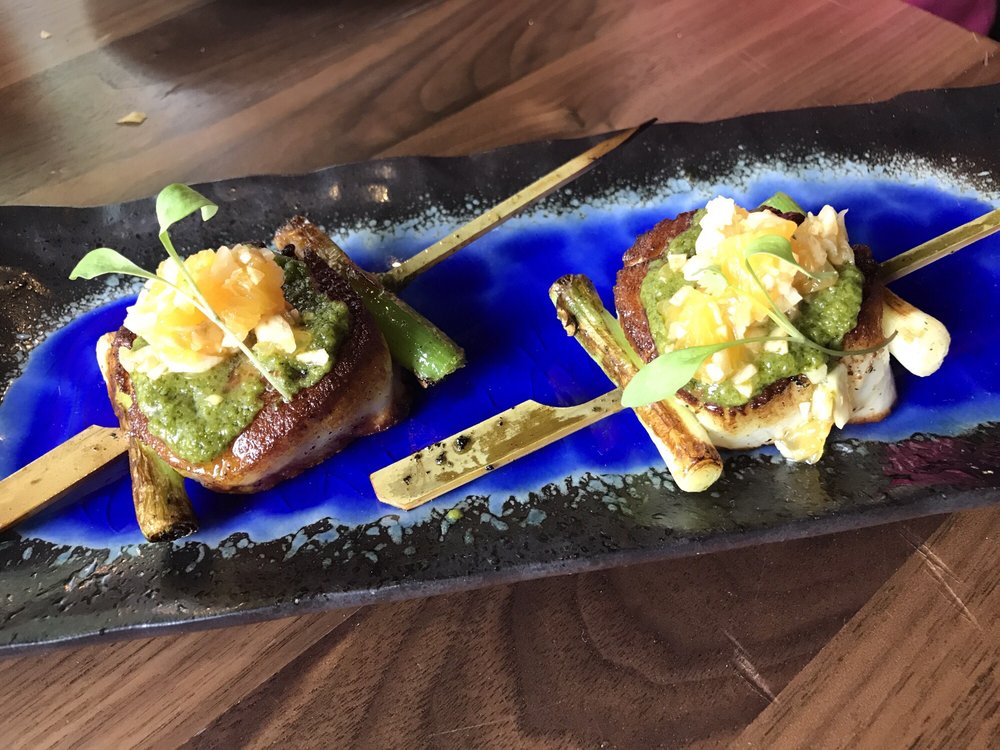 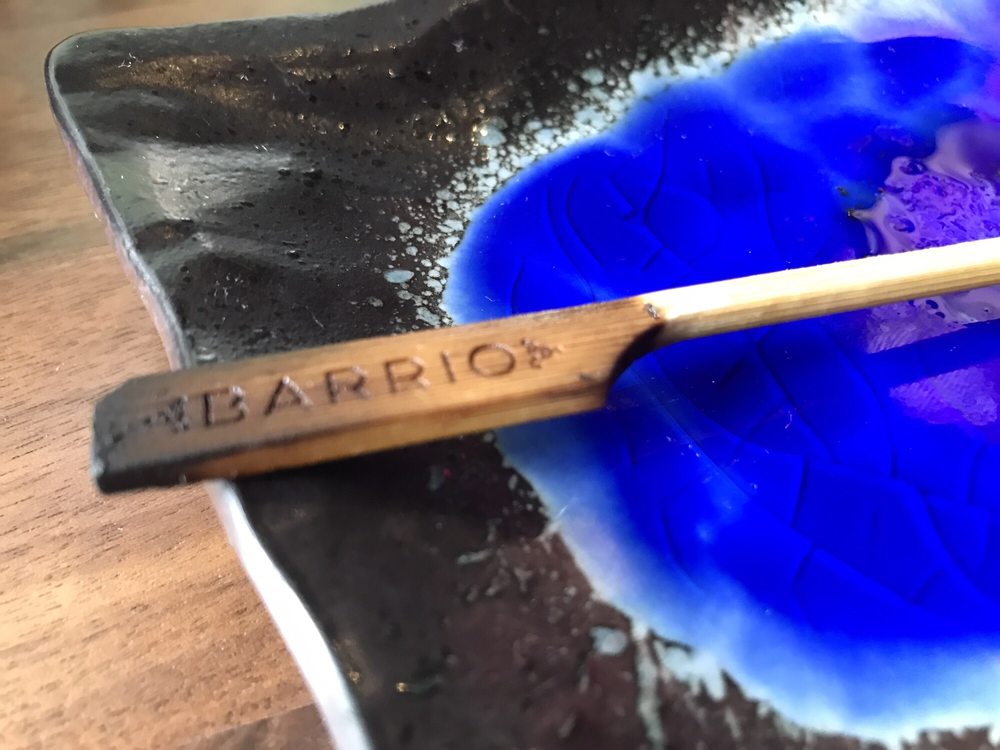 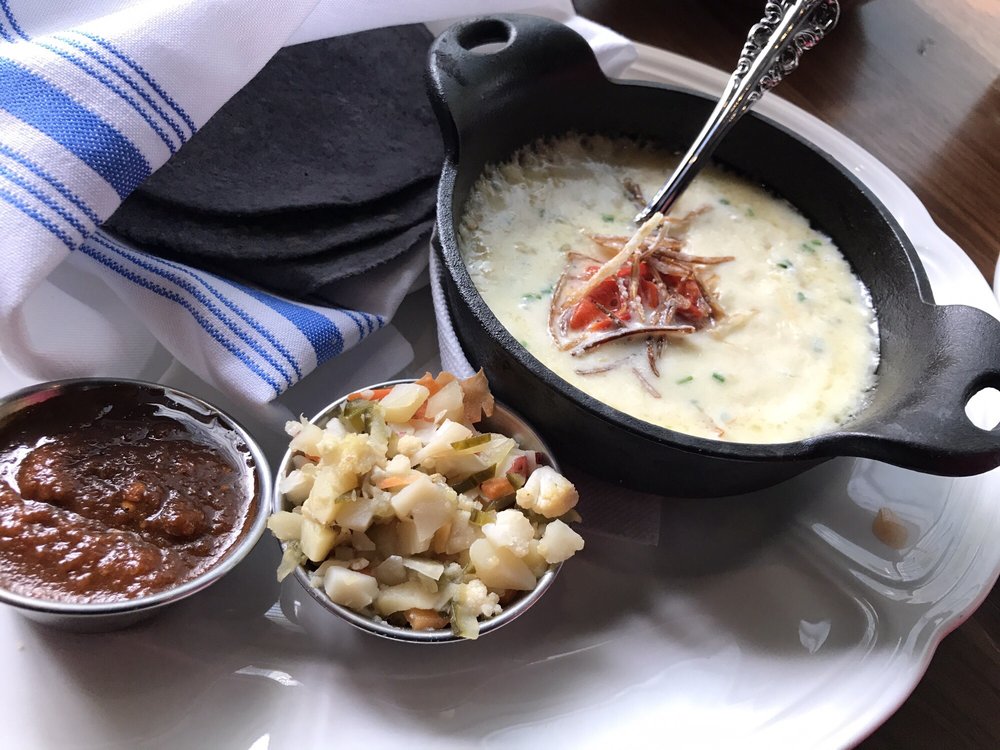 Barrio is an ambitious concept in elevated Mexican food that is an instant hit in River North, and deservedly so.

The food here bears little relationship to traditional Mexican or Tex-Mex cuisine, nor it is what you’de have in a modern Mexican fine dining restaurant in Mexico City. Rather, they are using Mexican (and Peruvian) foods for inspiration, and then doing their own thing.

True, there are some nods to conventional Tex-Mex, such as chips and guacamole. They’re very good, but it’s almost a shame to order this when there is so much more to explore.

We enjoyed that guacamole very much, particularly the seasoned, freshly made corn chips that came with it, but the red snapper ceviche was even better. The Kampachi Tiradito (essentially a crudo) was my least favorite thing we tried; it looked great, but had an odd flavor I couldn’t pin down.

Divers scallops were perfectly seared, and had a citrus/pesto topping that blended perfectly.

We finished with the queso fundido. Don’t be put off by the menu’s description of it including salt cod; it was perfectly blended in, and acted more as a seasoning than as a fishy or salty component.

There’s an interesting cocktail list, and a limited selection of beer and wine.

Service was very friendly, although they’d only been open for lunch a couple of days, so the servers were still learning their way around.

Barrio is an exciting addition to River North dining.