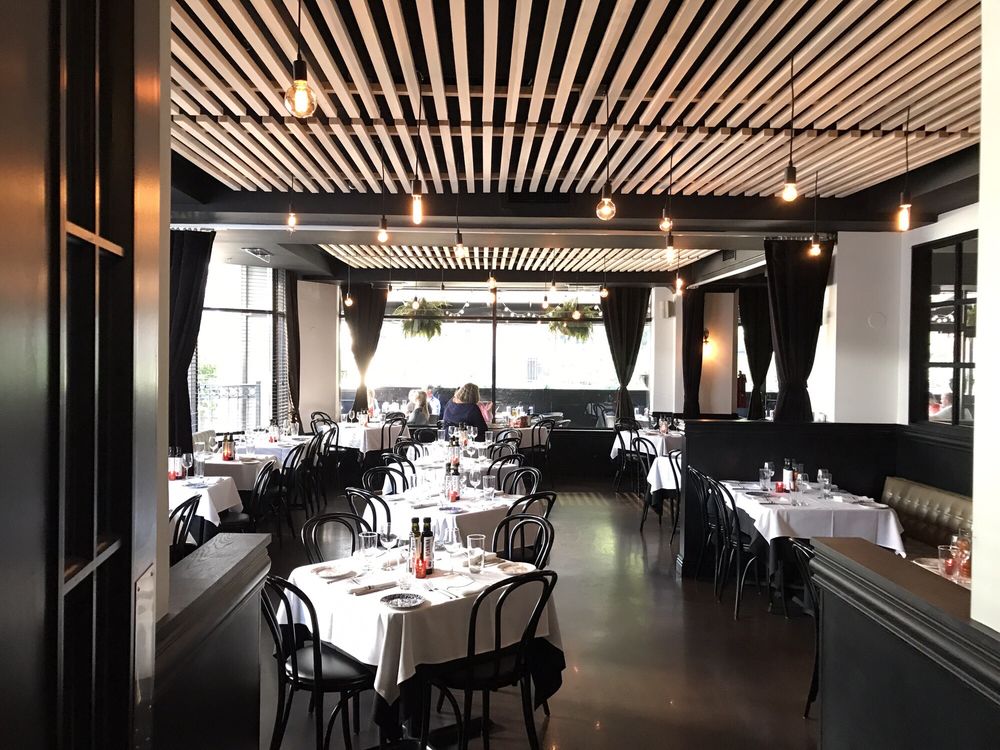 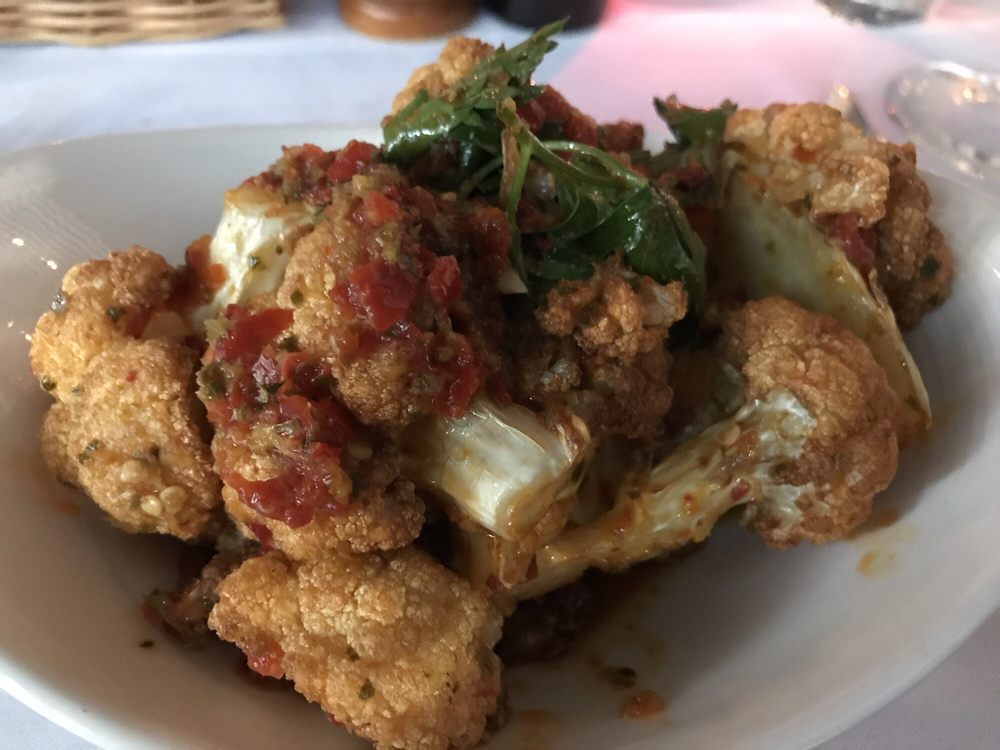 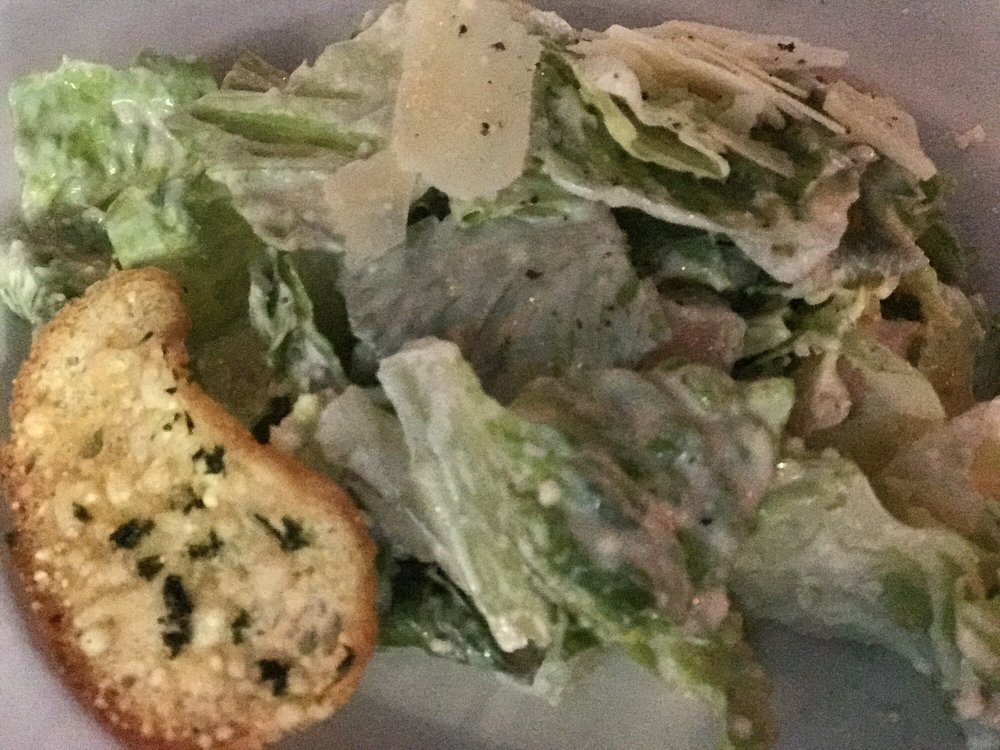 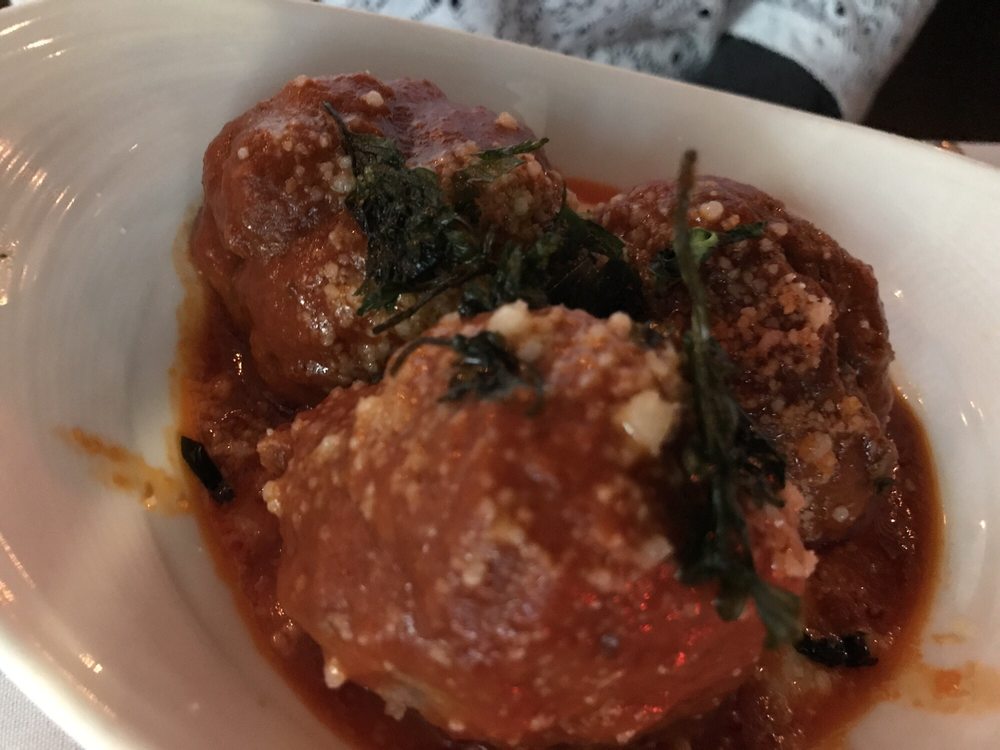 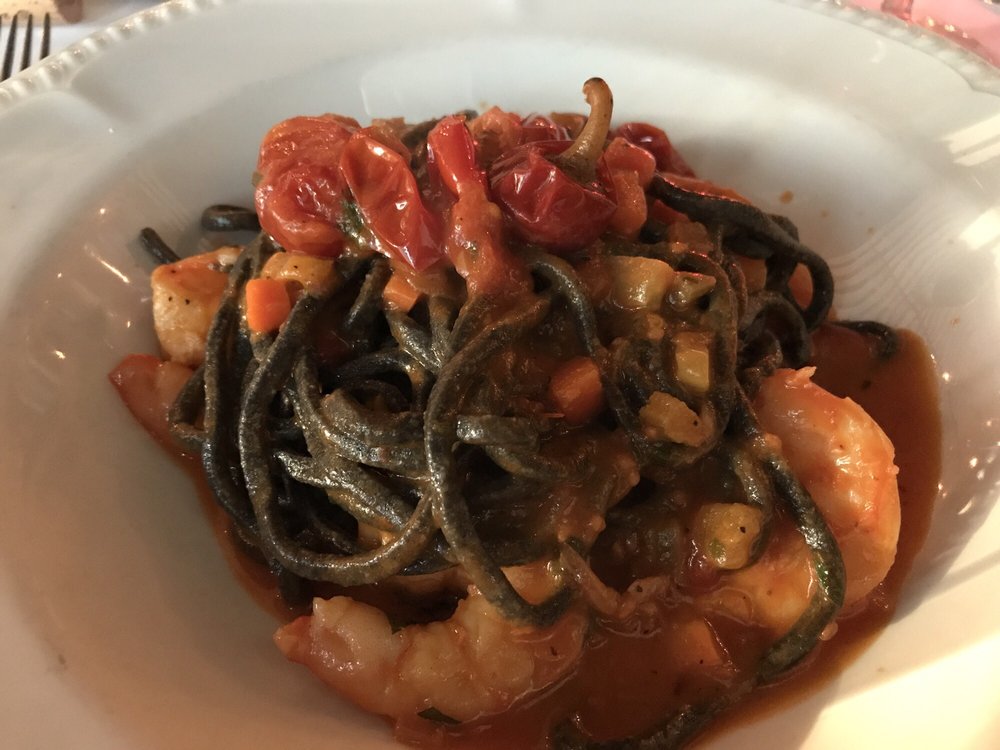 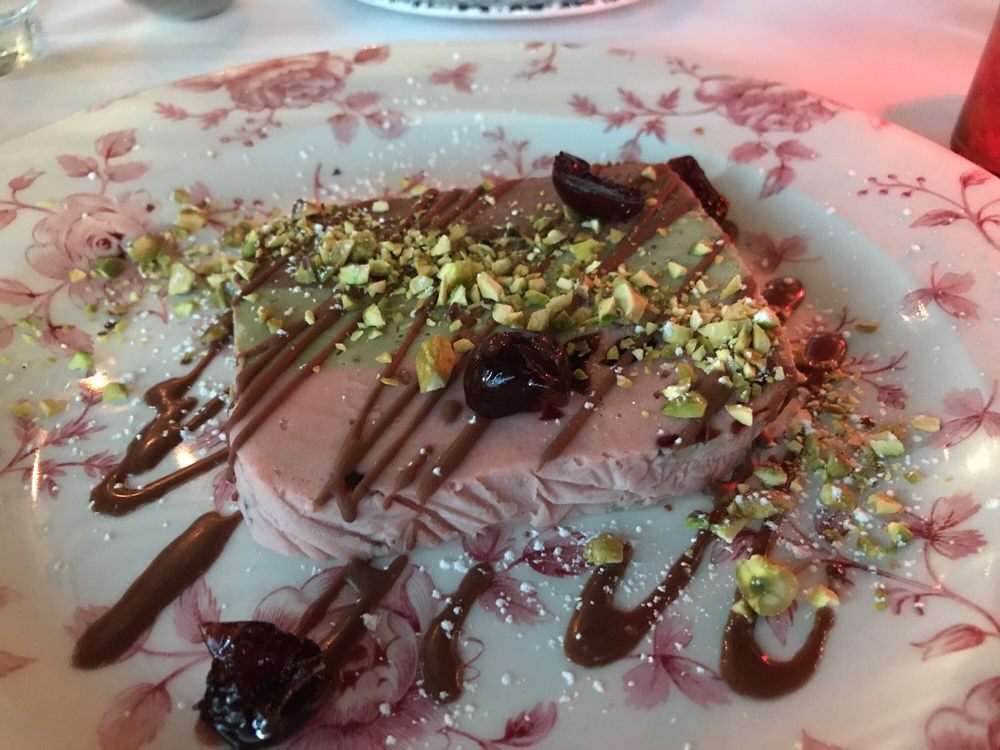 Named after grandmothers’ cooking, Nonnina delivers traditional home-made Italian cuisine. The highlight here is the wide variety of house-made pasta. We started by sharing a special ravioli stuffed with cheese and served in a mushroom truffle sauce. It was excellent, the highlight of our meal.

Roasted cauliflower was a good, spicy dish that would work better as a side than a starter. Another good starter is the meatballs, which are large and savory. An appetizer portion is plenty, or you can have them on pasta as an entree.

The Caesar salad was traditional and good.

As an entree I had the Shrimp Fra Diavolo, which was not as spicy as some versions I’ve had. The shrimp had too much of a saffron flavor for my taste, but that’s just me. The pasta was squid ink infused, heavier than typical spaghetti, and appropriately al dente.

There’s a decent wine list with a nice selection of Italian reds, perhaps priced a bit better than other Chicago lists.

Service was pleasant and efficient, even though the place was full. Despite the crowd, it was easy to converse. And there’s a really nice outside seating area on the side of the building away from the traffic on Clark.