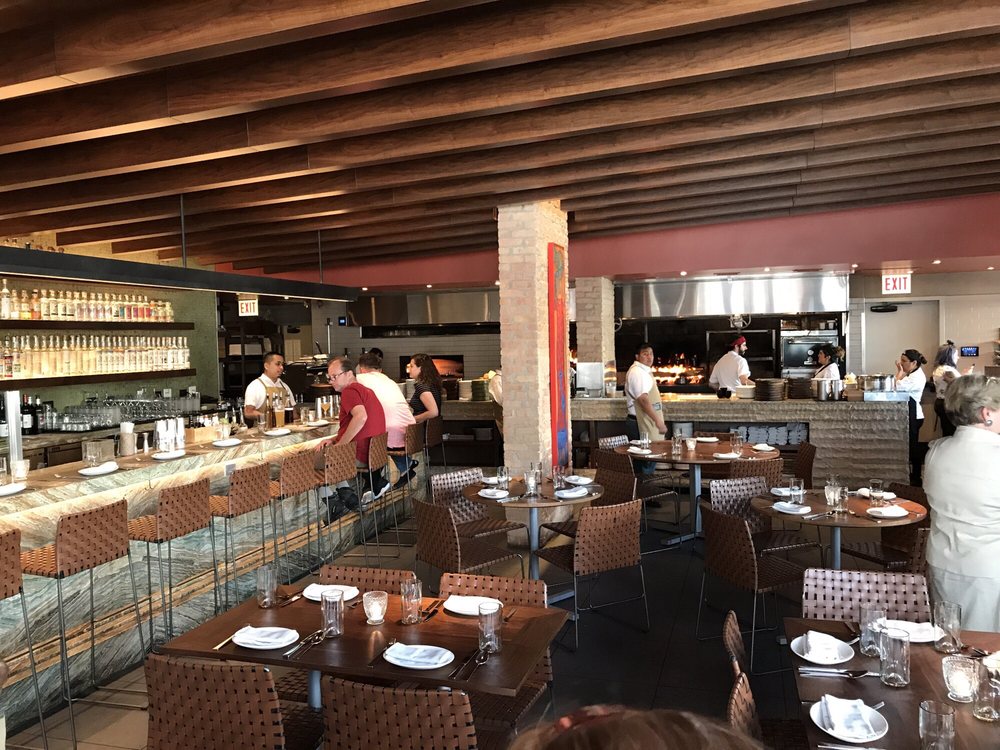 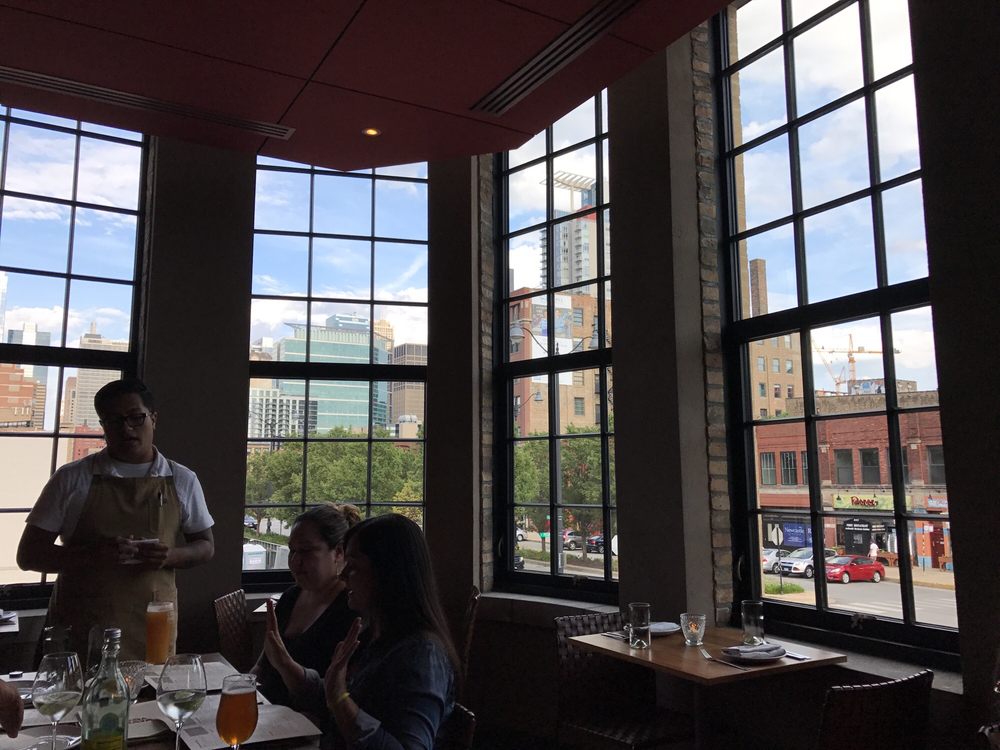 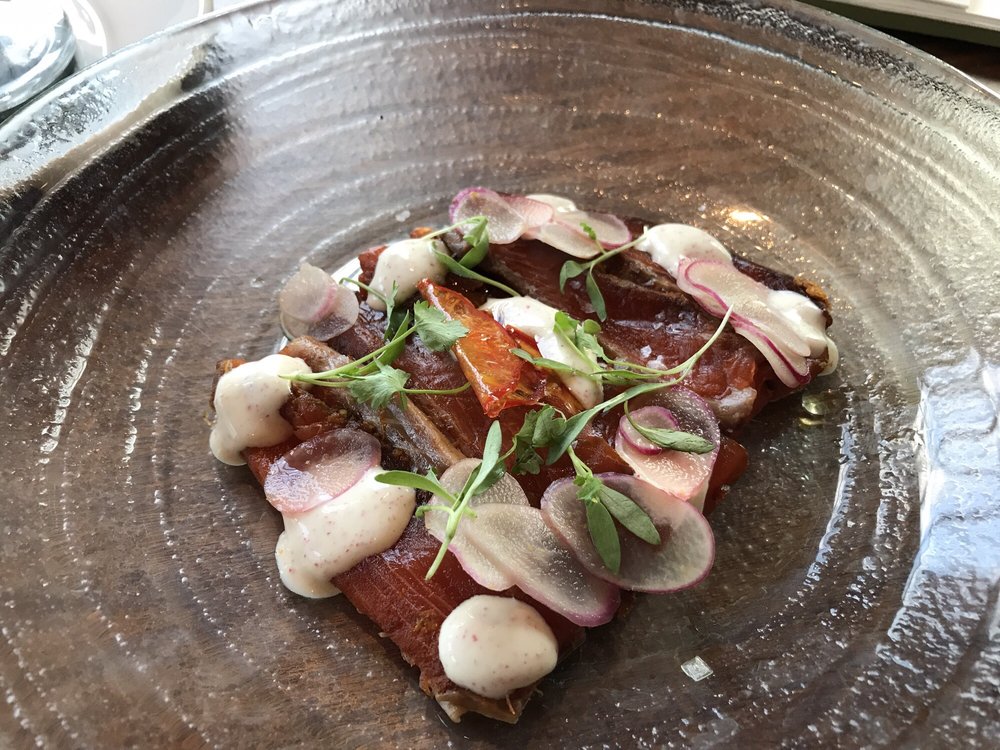 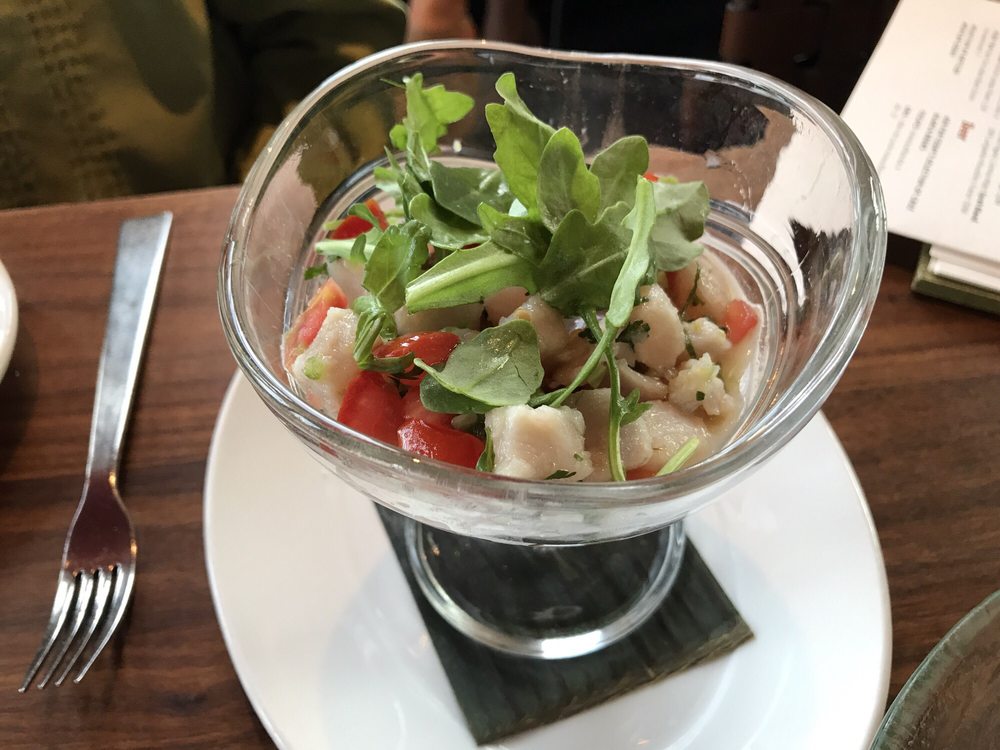 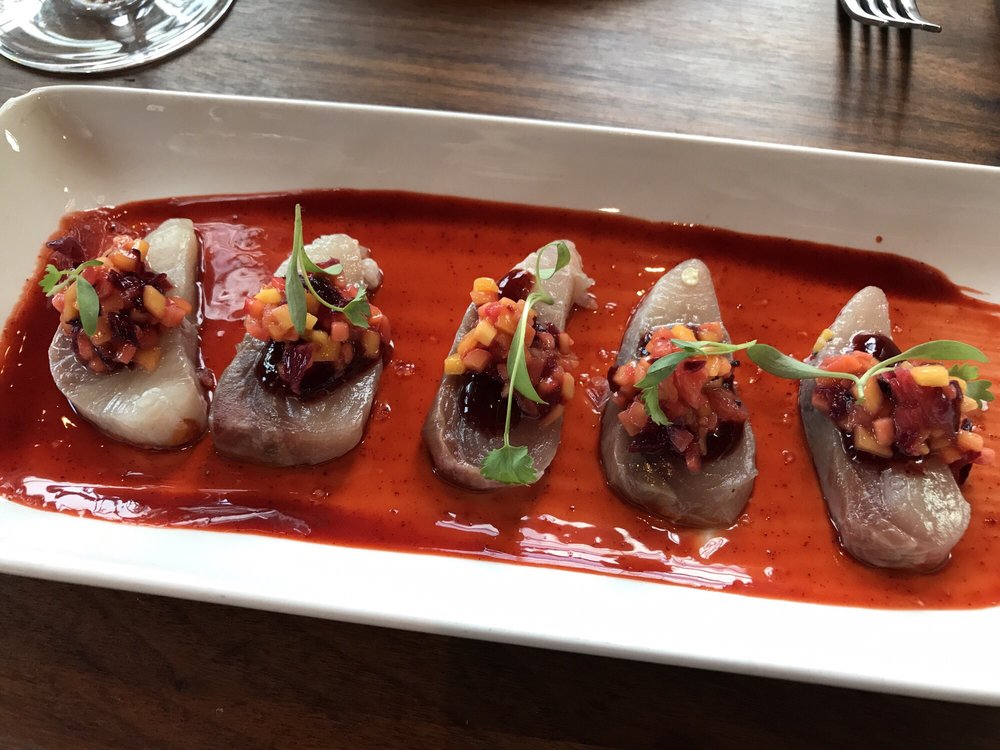 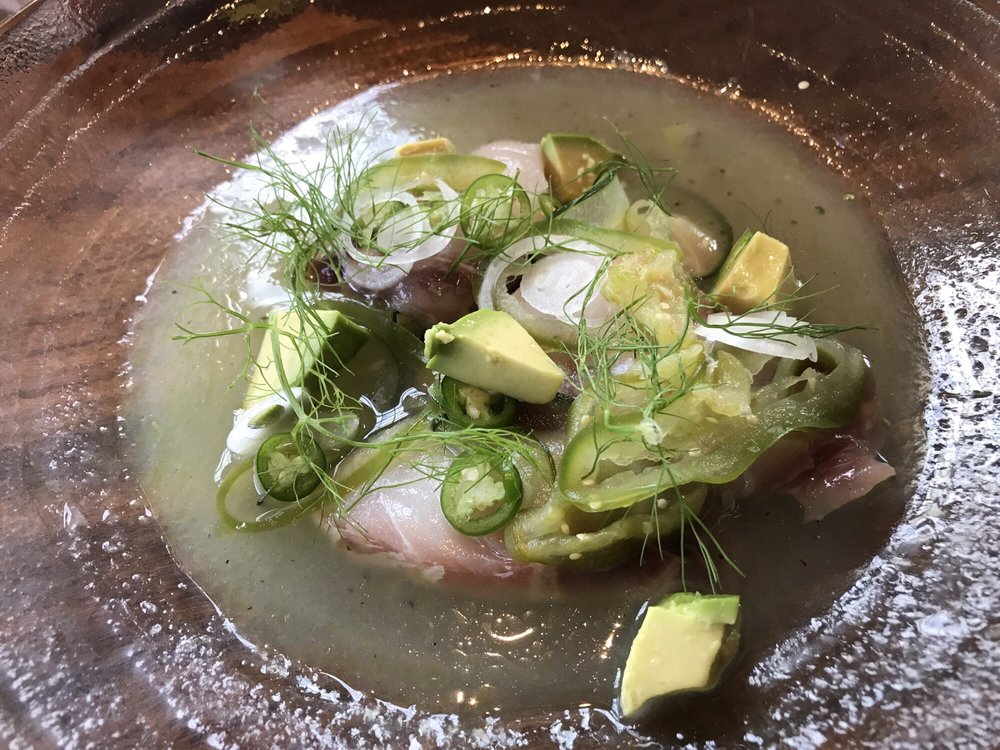 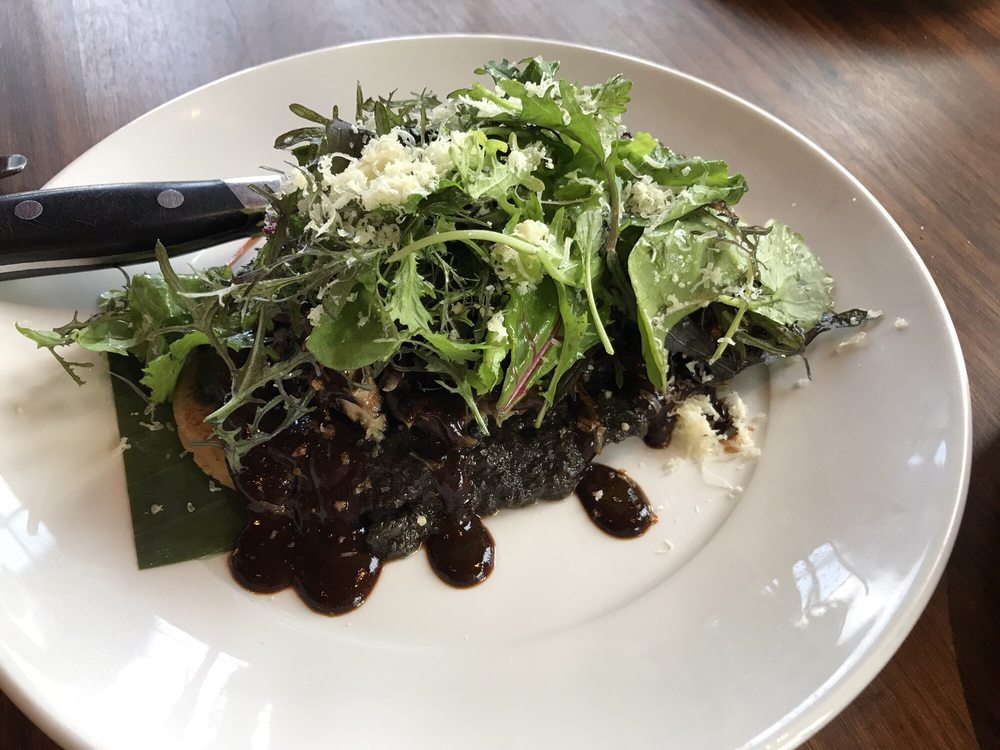 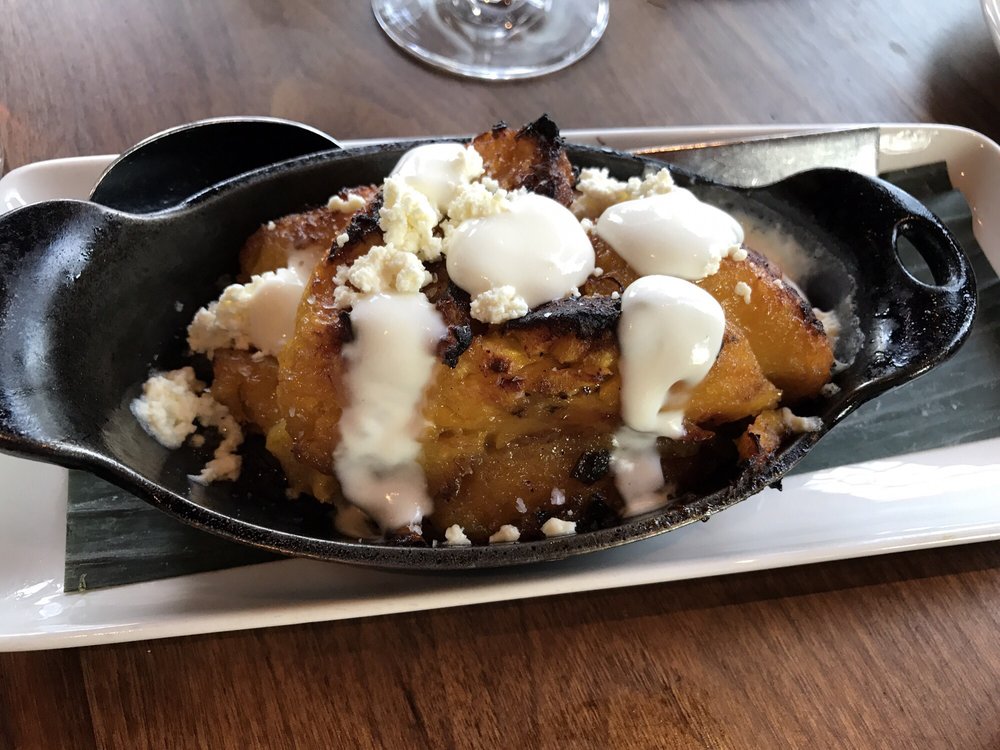 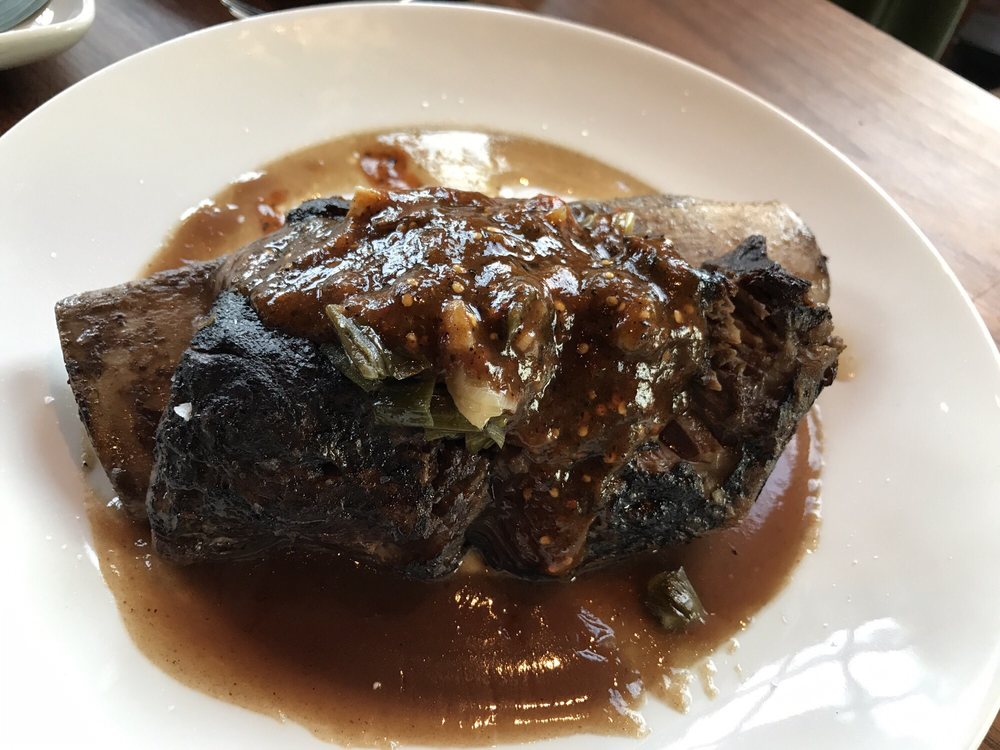 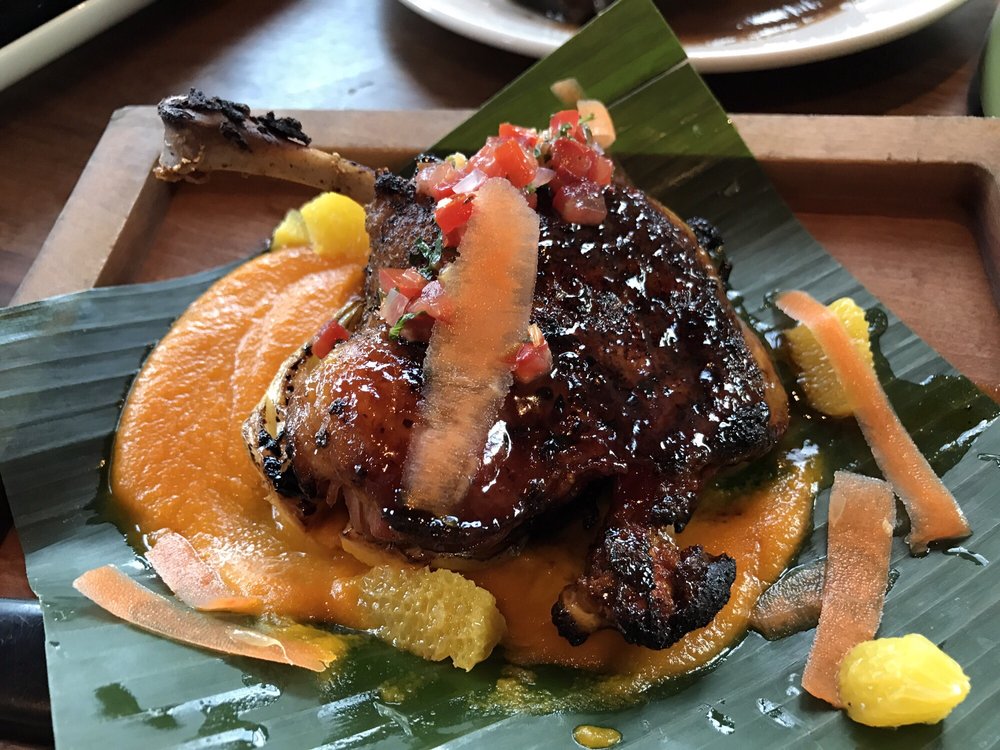 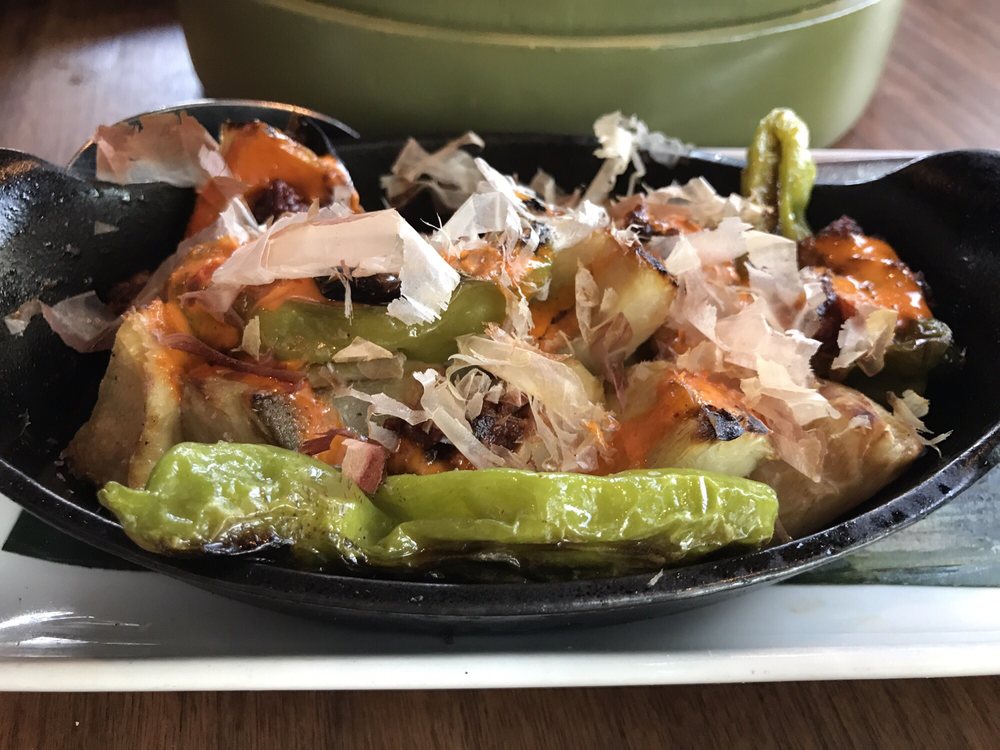 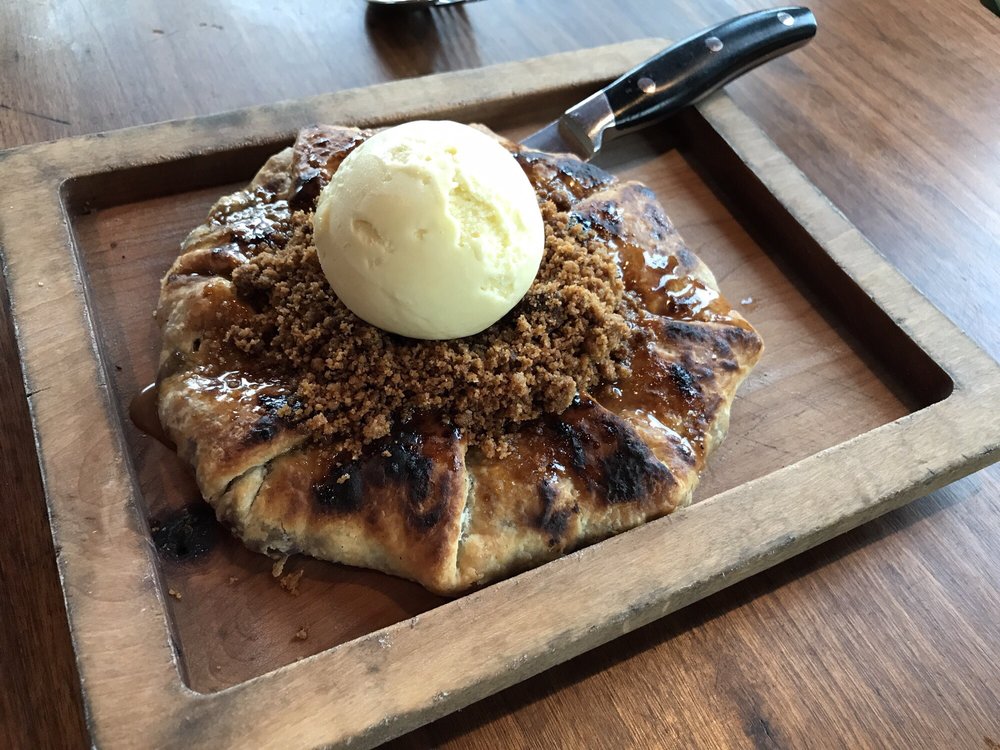 This is an interesting new concept from Rick Bayless that is different from his other restaurants, and anything else in town, too.

The menu is almost entirely plates intended for sharing, divided up somewhat arbitrarily into groups such as ceviches, aguachiles (which were a lot like the ceviches), cockteles (which were a lot like the ceviches), laminados (more like sashimi), etc. All four of those categories are mainly raw fish prepared with different sauces. We tried four of them and found the sauces interesting but the fish inferior in quality to what you would expect in a good sashimi bar. The salmon, in particular, was largely inedible, with a third of each piece so tough and stringy it could neither be cut nor chewed. Sure, we could have sent it back, but it should never have been served in the first place, as it was visibly flawed.

More successful were the two wood-fired dishes. The duck had a nicely lacquered coating and excellent flavors. Short ribs were less interesting, as the sauce and the accompanying mashed cauliflower were quite bland.

The Huarache was one of the best dishes. It was a sort of corn flatbread with what can best be described (but wasn’t so described on the menu) as a vegetable mole.

Both the corn crisps and the tortillas that accompanied several courses were quite good.

Perhaps the best thing we had was the blueberry tart, a large, hand folded pastry with a nicely charred crust, served with ice cream.

The wine list offers a very eclectic selection of wines by the bottle and glass. It’s eclectic enough that I’ll wager you’ve never heard of 90% of the producers.

The restaurant is divided into a number of smaller rooms, with the outdoor seating and upstairs the quietest areas. Service was efficient.