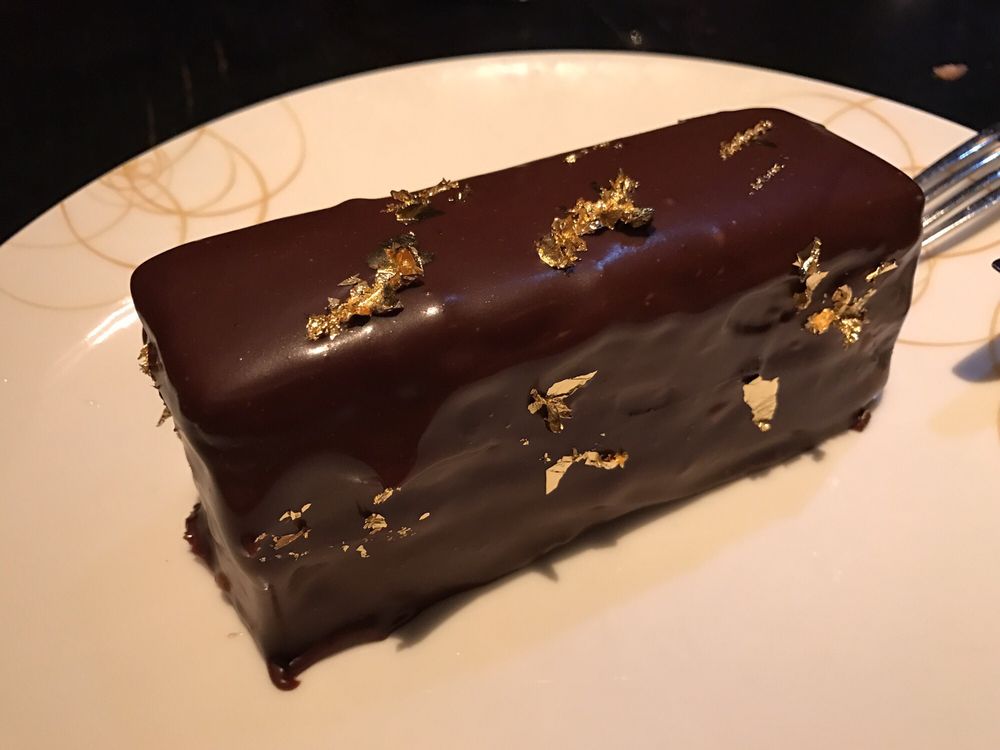 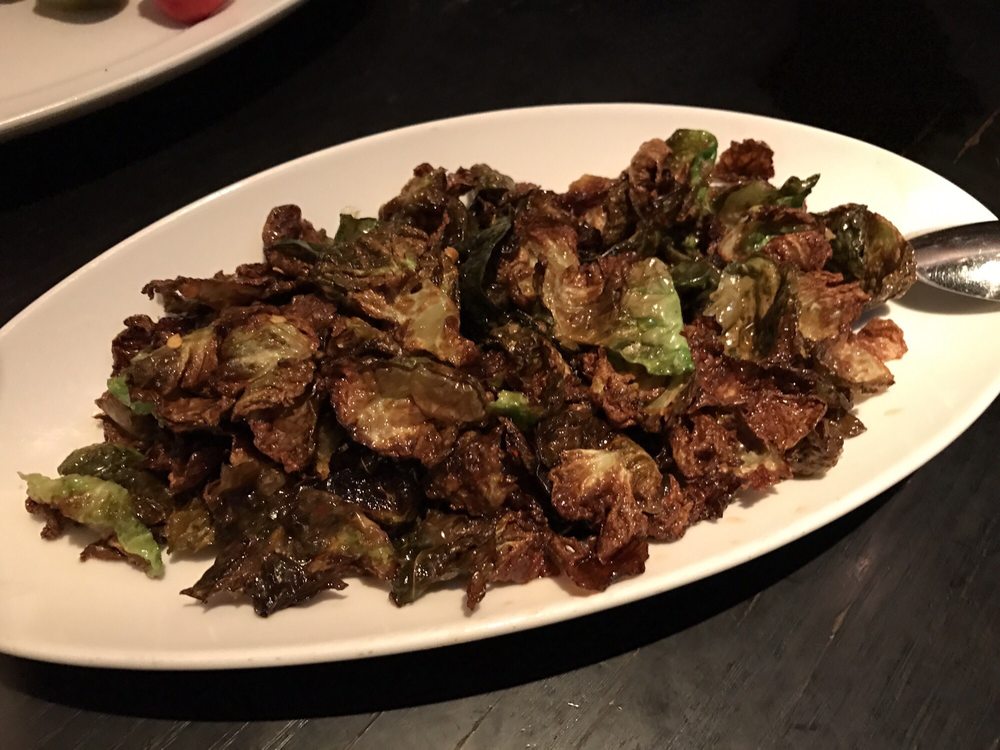 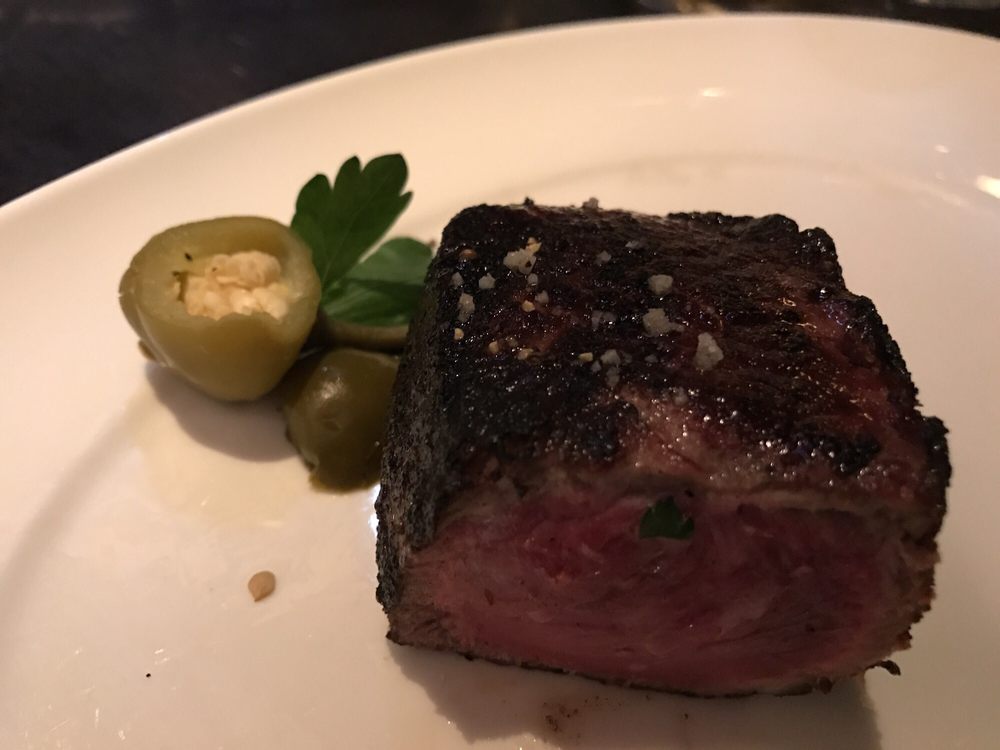 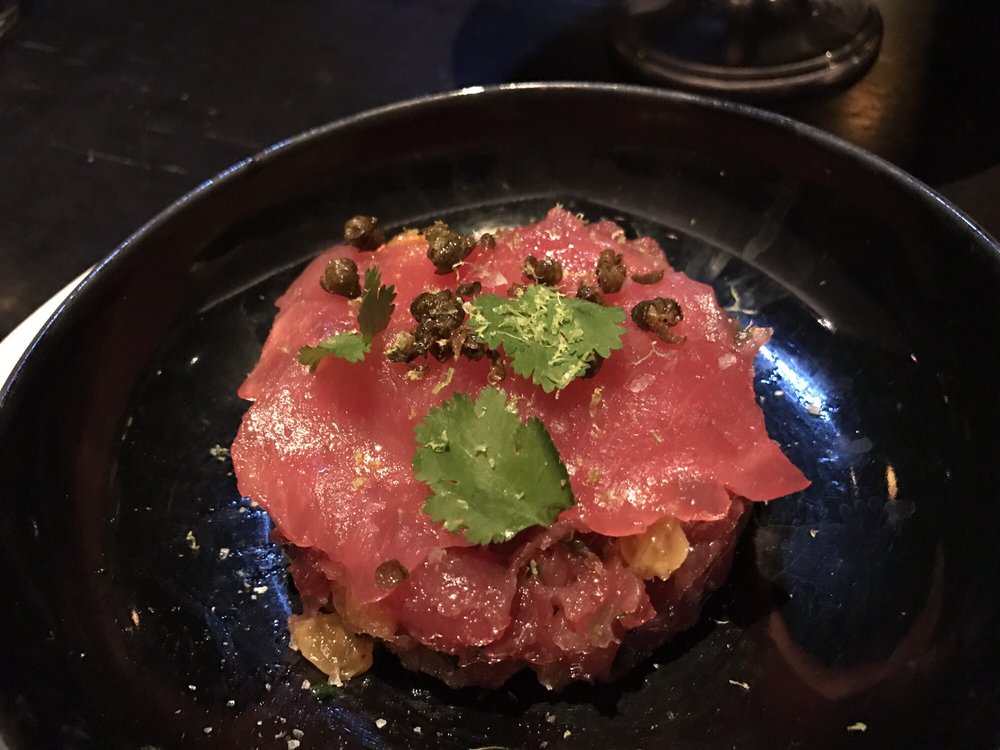 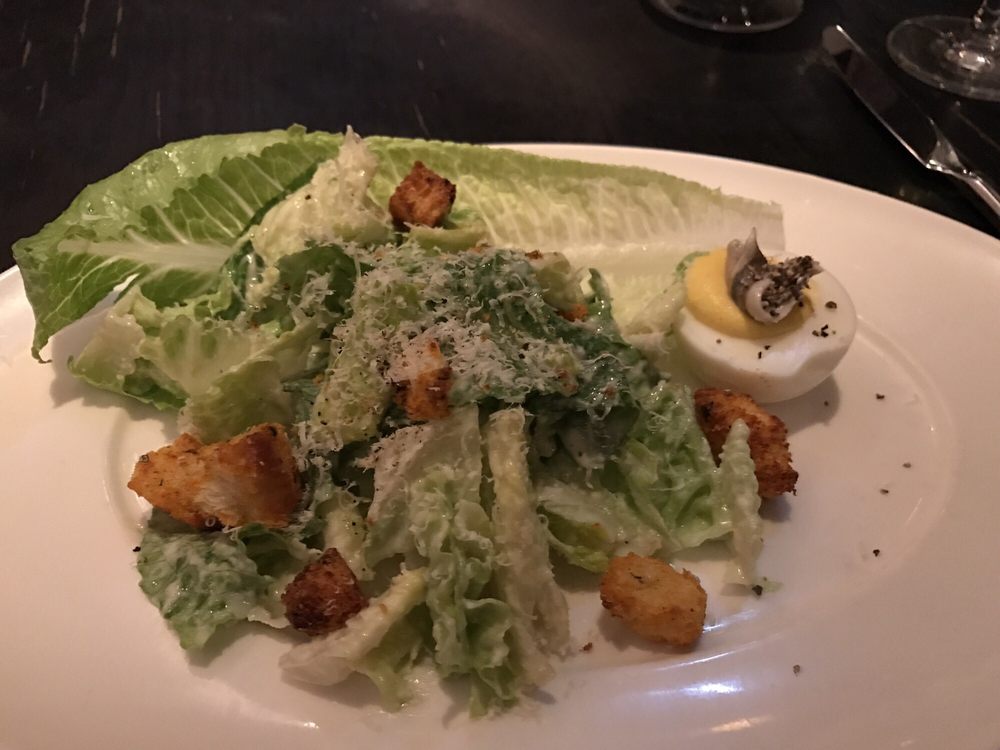 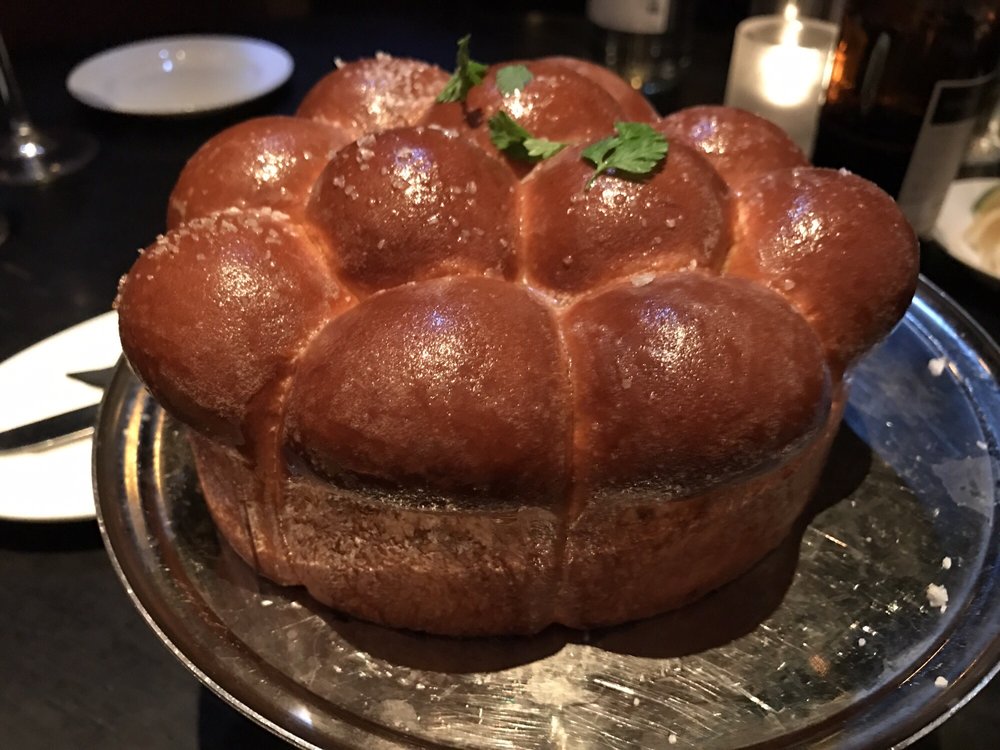 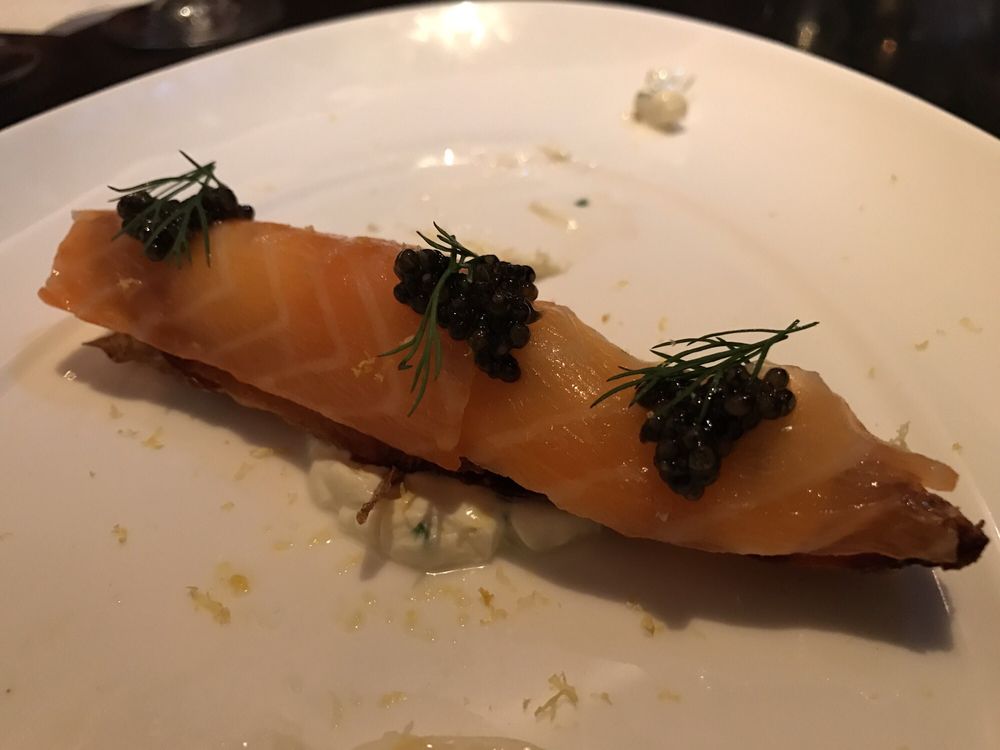 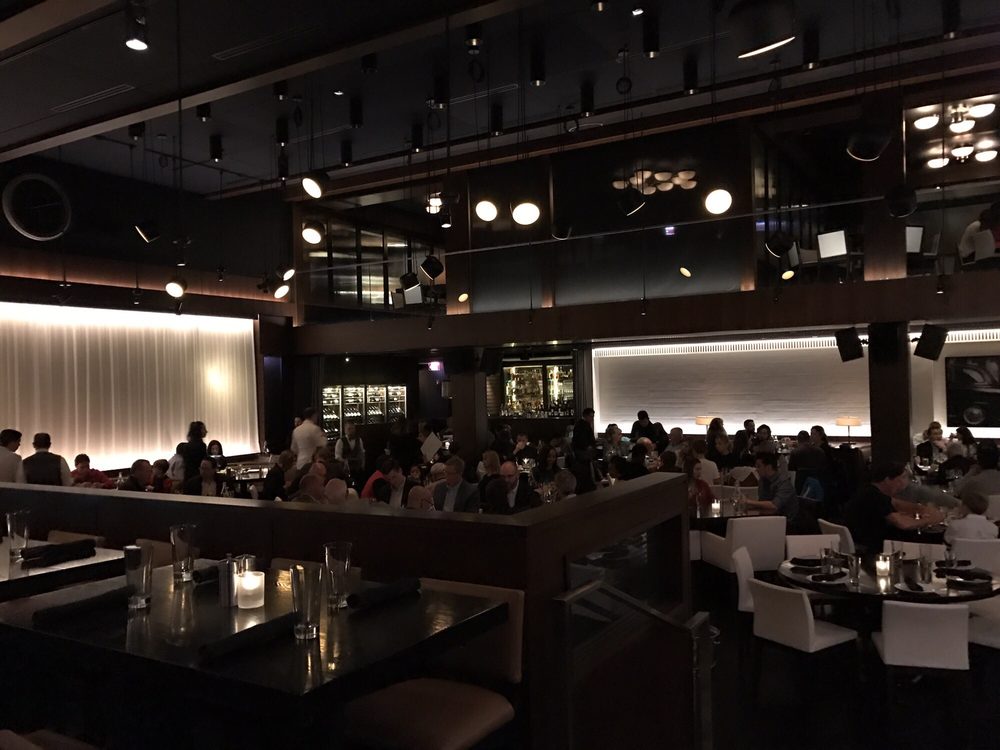 This is one of the nicest spaces for a steak house in Chicago (and boy, are there a lot of them!) It has a modern supper club vibe.

They’ve brought a bit of a twist to many standard items, yet stayed true to the focus on steak. For example, the Bernaise sauce contains truffles, and the “frites” with the steak frites are actually thin, potato chip-like strips (which were delicious, probably my favorite part of the meal.)

The steaks themselves are available dry aged or not. We shared a 14 ounce strip. It was perfectly cooked, fairly tender, and had a nicely seasoned and charred crust.

It’s easy to share the starter plates including salads, and you’ll want to, because they are huge. We split an excellent Caesar salad three ways, and there was plenty.

Since bread isn’t included you’ll want to order some Parker House rolls, which were perfectly baked, with a soft, moist center and crip crust.

We also shared the tuna tartare, which was served on golden raisins. The raisins went pretty well, but the tartare wasn’t tremendously flavorful.

Brussels sprouts were crisped up like potato chips, and had a nice curry touch.

My least favorite item was the potato skins: three slim wedges topped with smoked salmon and a small amount of caviar. The flavors didn’t really combine into something great, and at $28 it seemed overpriced.

Other than that, the food prices are quite reasonable for Chicago. The same cannot be said of the wines. It’s a nice list, with excellent breadth (although not much depth of vintages) however the markups are very high. Be sure to check out the interesting beers in the back as they have things like vintage Bourbon stouts that you won’t find elsewhere.

We finished with the 14K chocolate cake, which was moist and deliciously simple.

Service was efficient and friendly.