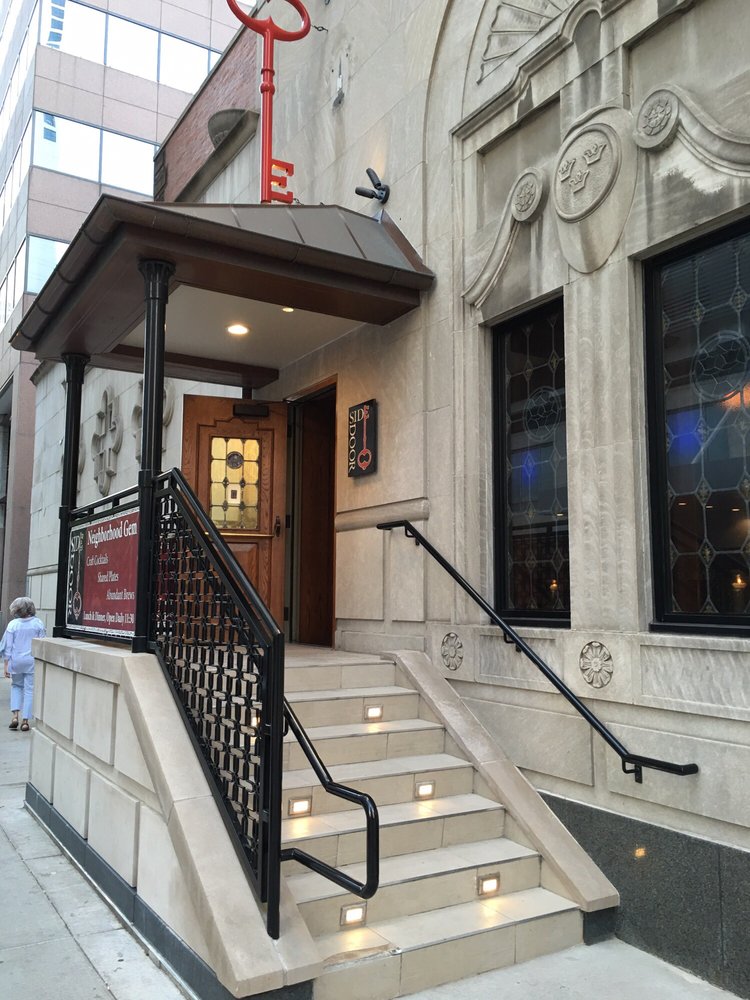 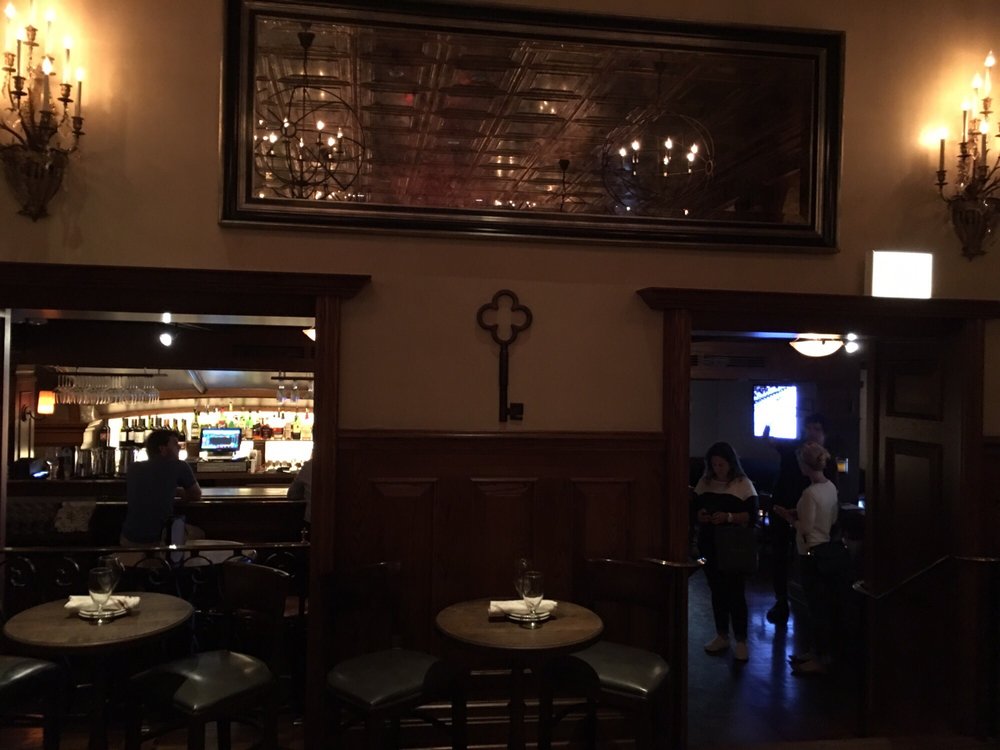 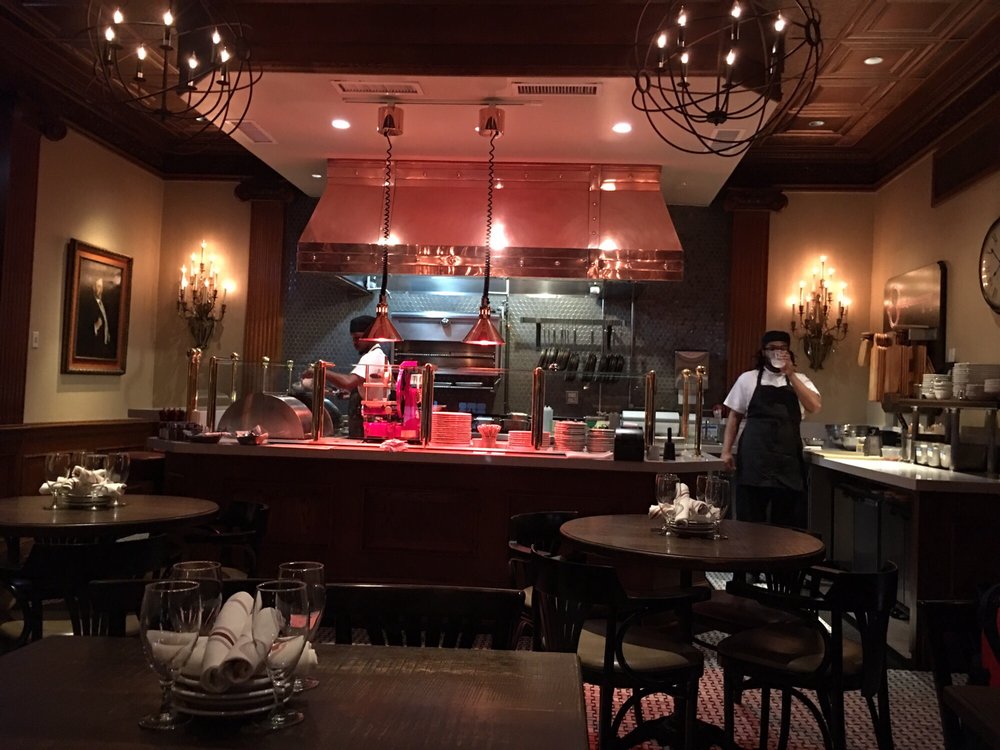 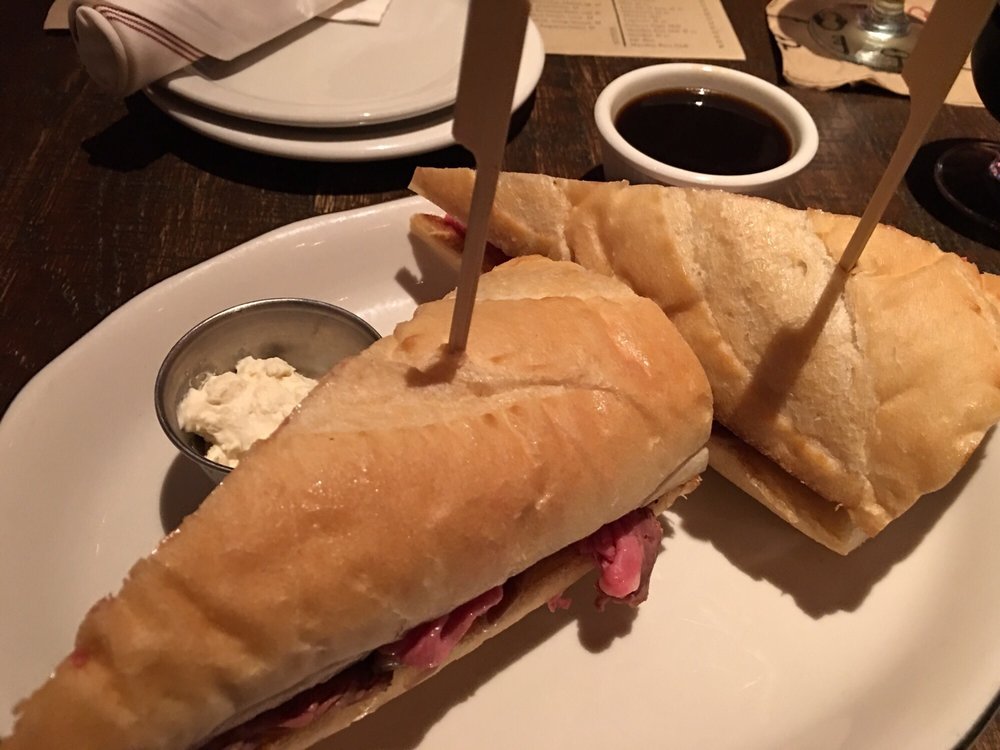 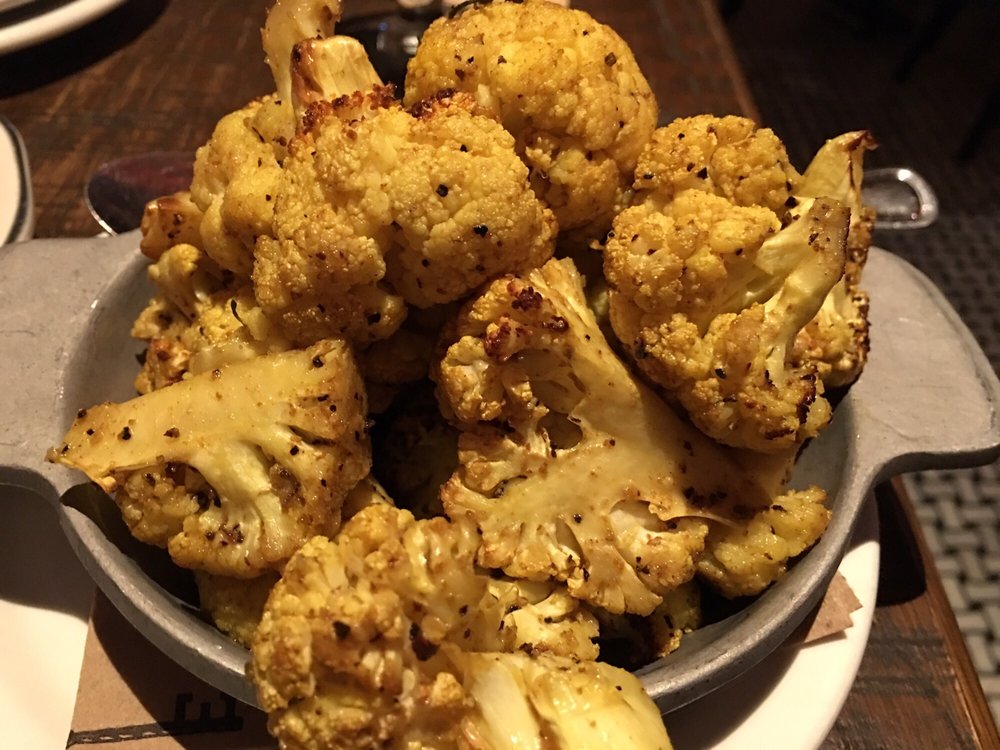 I grew up in Los Angeles in the 1960s, so I have fond memories of the original Lawry’s and CC Browns Ice Cream Parlor. But I’m rarely in the mood for a complete prime rib dinner, so I was interested in trying the Side Door, since it is essentially the bar for Lawry’s Chicago.

Side Door bills themselves as a gastropub, but to me that implies more eclectic and gourmet food than you’ll find here. This is basically bar food, with an emphasis on hamburgers, sandwiches, and some large salads.

Of course, the most popular item–and the one I tried–is the prime rib sandwich. It was served on the kind of roll you’d get with a French Dip, and with the same au jus, so it was essentially a Prime Rib French Dip, and a good one at that. The prime rib was perfectly medium rare, very tender, and expertly trimmed.

Since the sandwich contains 7 ounces of prime rib it seems a far better deal than their meat plates, which cost the same but contain a mere 4 ounces of meat.

I also tried the curried cauliflower which was good, if a bit dry.

There’s a substantial selection of beers with an emphasis on stouts–a list after my own heart!

The space is divided into two rooms, one a bit too brightly lit, where the meat is prepared, and the other with the typical bar TVs.

Service was extremely gracious and attentive.