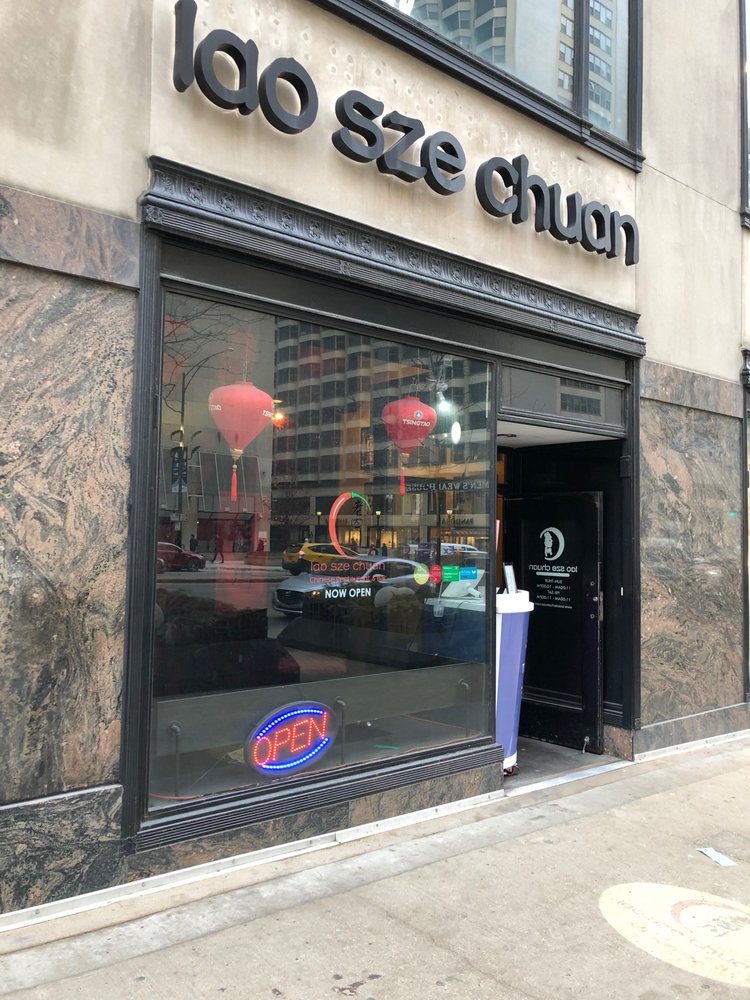 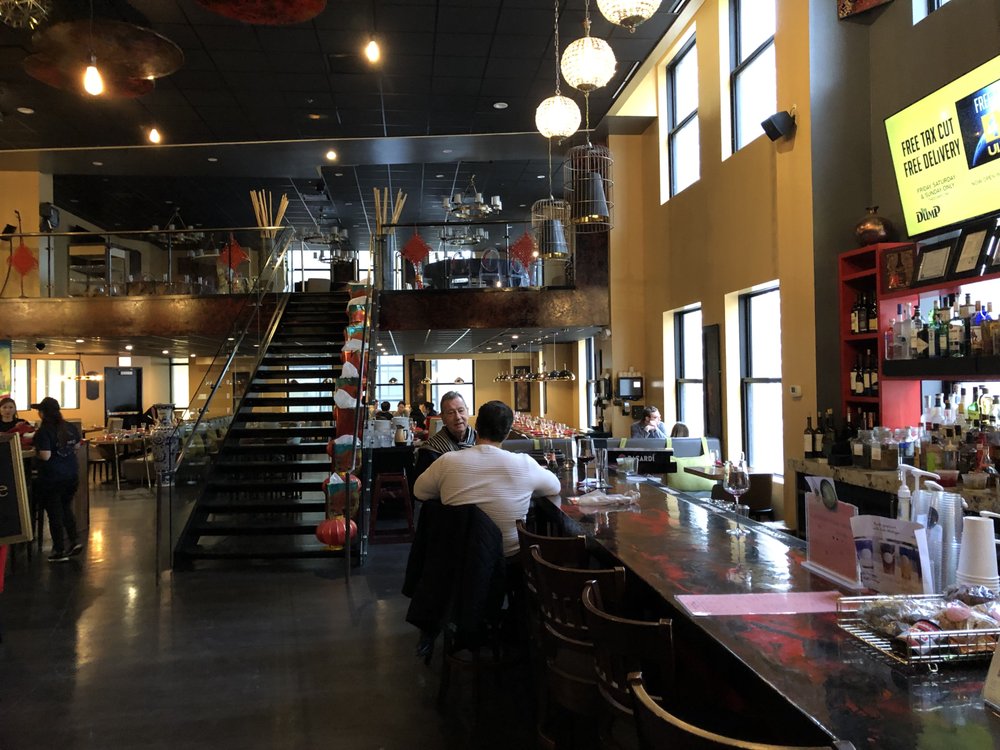 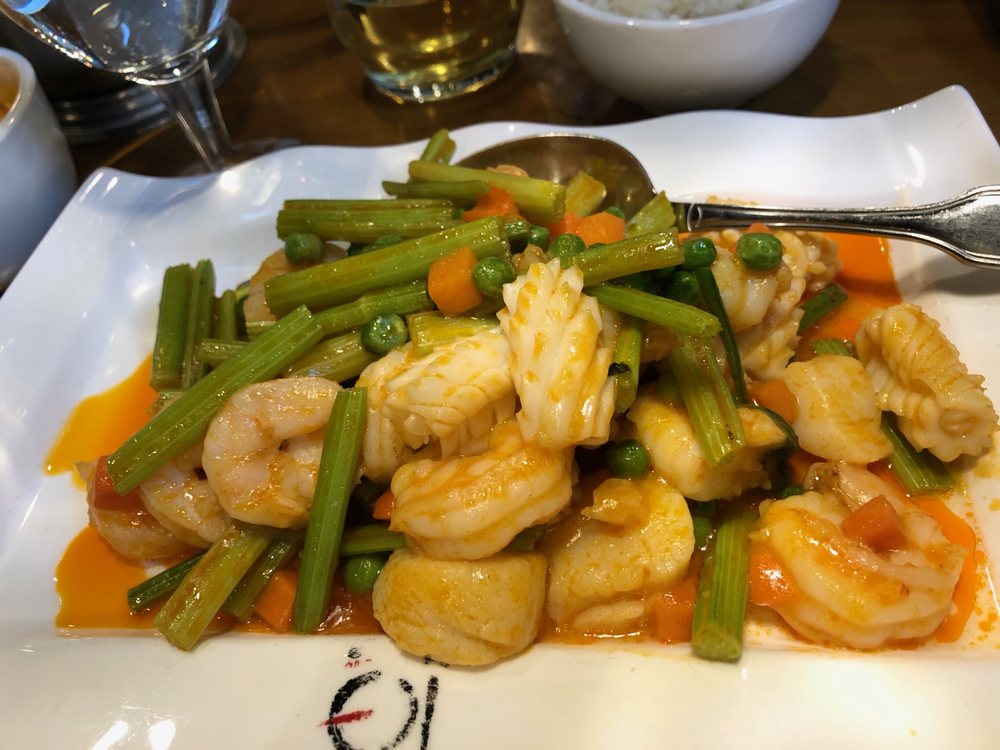 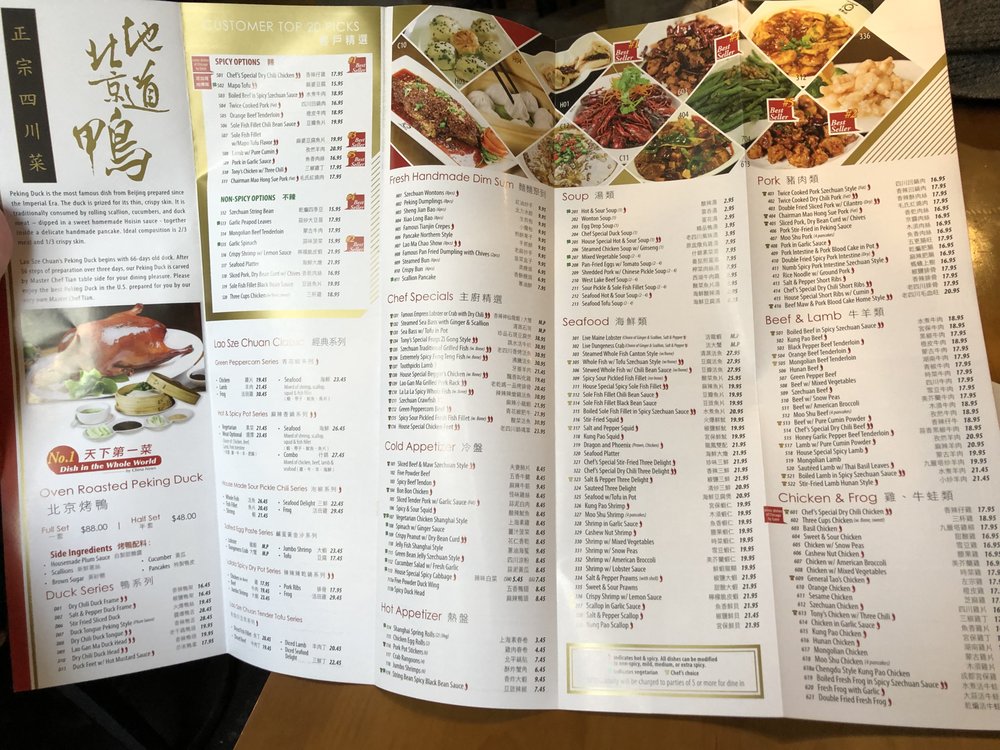 Mega menu (there’s another side, too!) 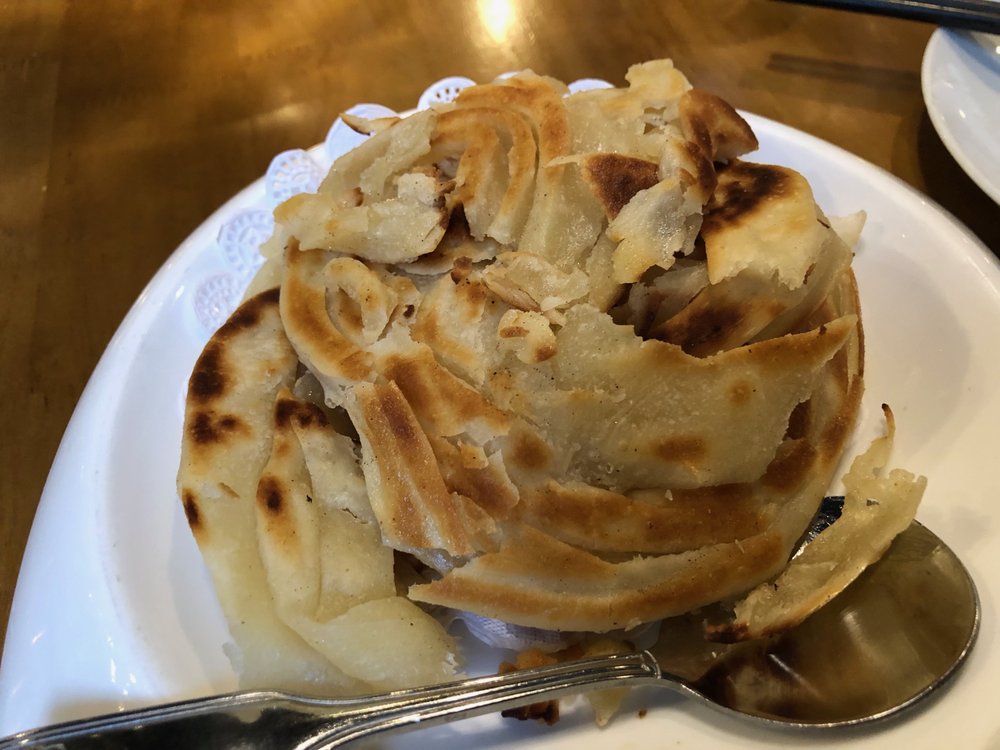 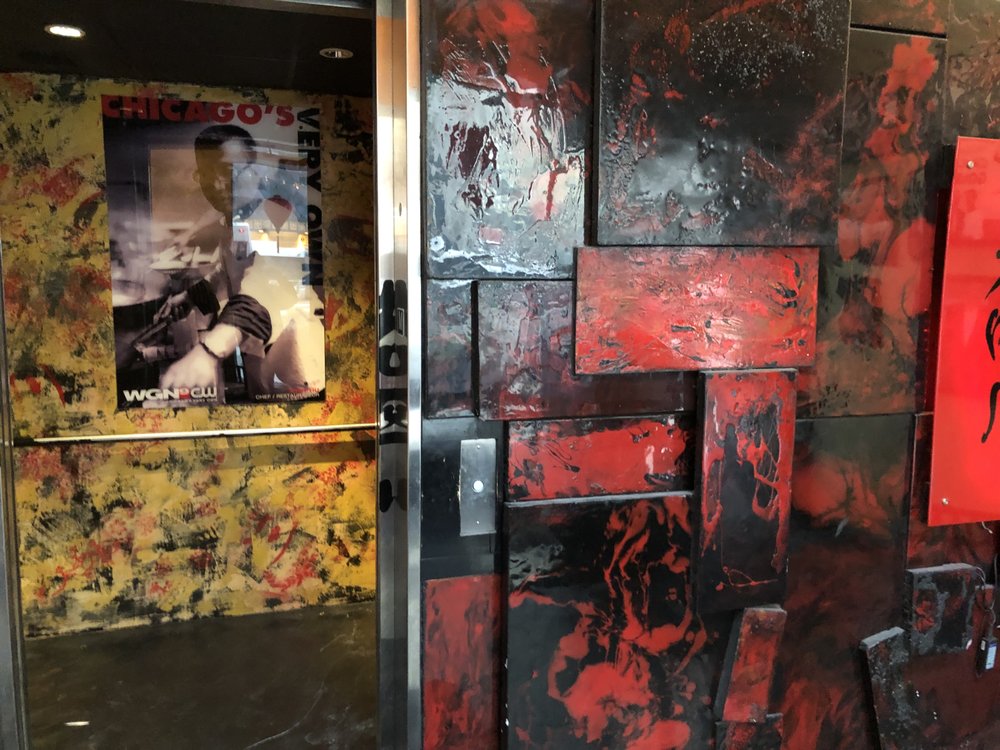 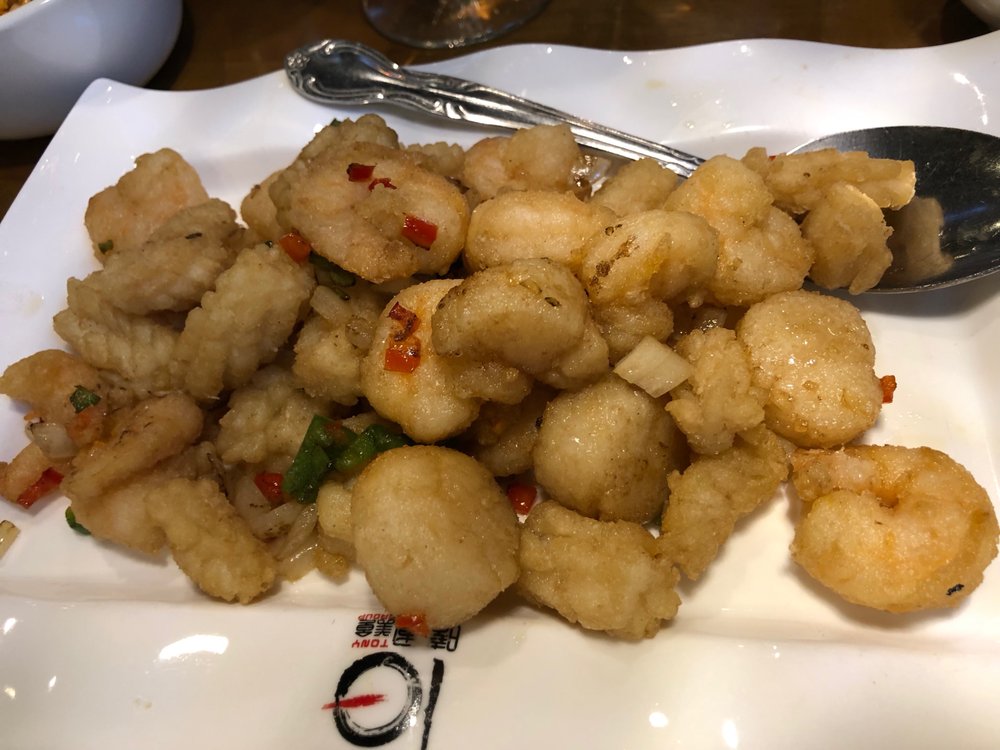 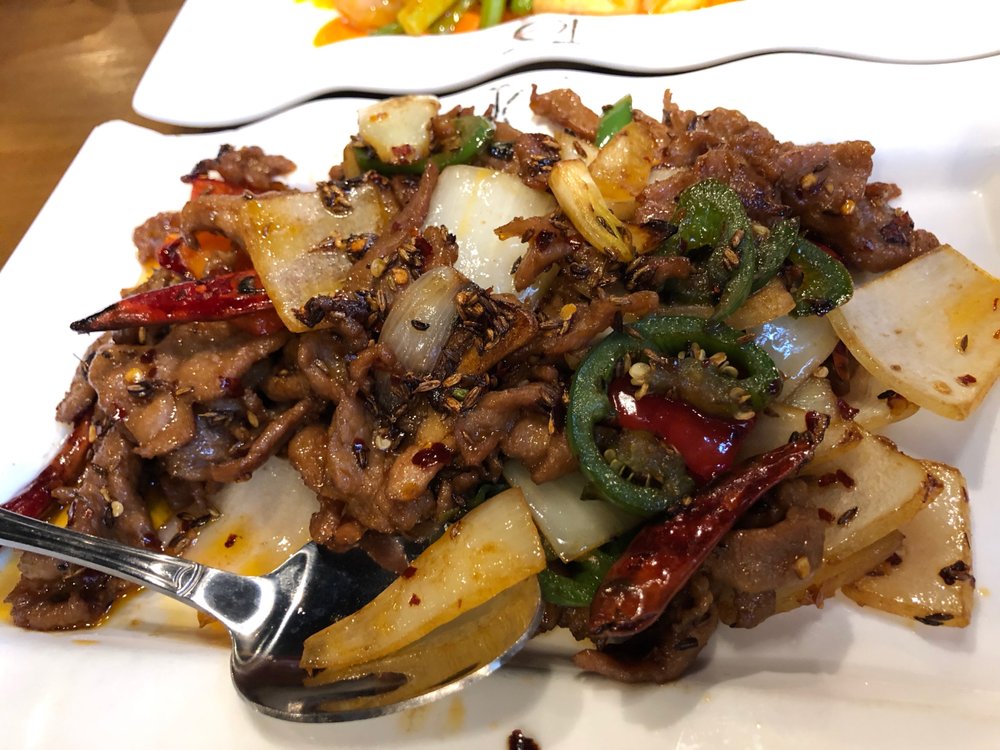 This restaurant, part of a small local chain, is popular with American and Chinese tourists. The menu is enormous, so there is room for some selections you don’t see at most American Chinese restaurants. But for truly authentic and great Chinese food I still think it’s best to head to Chinatown.

I started with a northern style pancake, which is crisper than a typical pancake, and more like a bakery item than an omelet.

Unfortunately, although it was ordered long before my entrees, and the restaurant was almost empty on a Friday afternoon, everything showed up at once.

This is a Szechuan restaurant, so anything with a pepper next to it on the menu is going to be hot, as was the case with the Lamb with pure cumin powder. The heat was from the Szechuan peppers, raw jalapenos, and chili oil, not the cumin. I can only imagine what the two pepper dishes on the menu must be like!

I ordered the Salt and Pepper Three Delight, a combination of shrimp, squid, and scallops, but I got the Chef’s Special Stir Fried Three Delight. The mistake was corrected, but I actually would have preferred the Chef’s Special, as it was light and nicely sauced, whereas the salt and pepper dish was heavily breaded and fried, and had no sauce, and not much evidence of salt or pepper.

I ordered jasmine tea, but they were out, so I had green tea, which was nicely served in a pot with whole leaves, but it seems odd for a Chinese restaurant to be out of jasmine tea.

You can access the restaurant from Michigan Avenue via a fairly seedy elevator, or from the mall on the fourth level. The space is, frankly, looking a little tired, and could probably use a bit of polish.