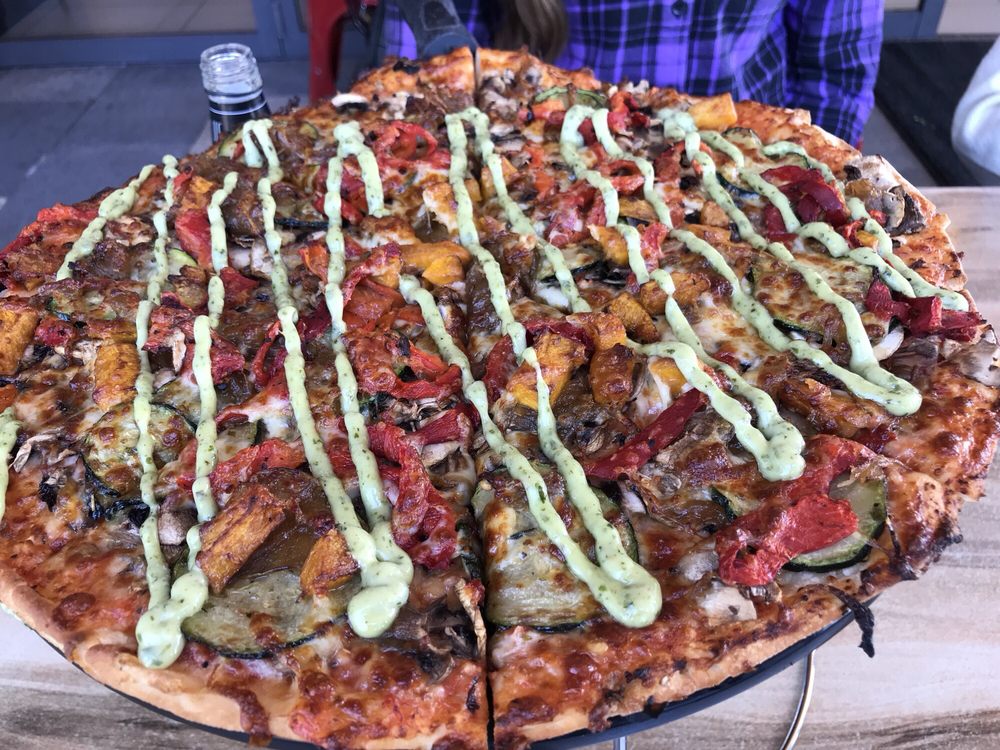 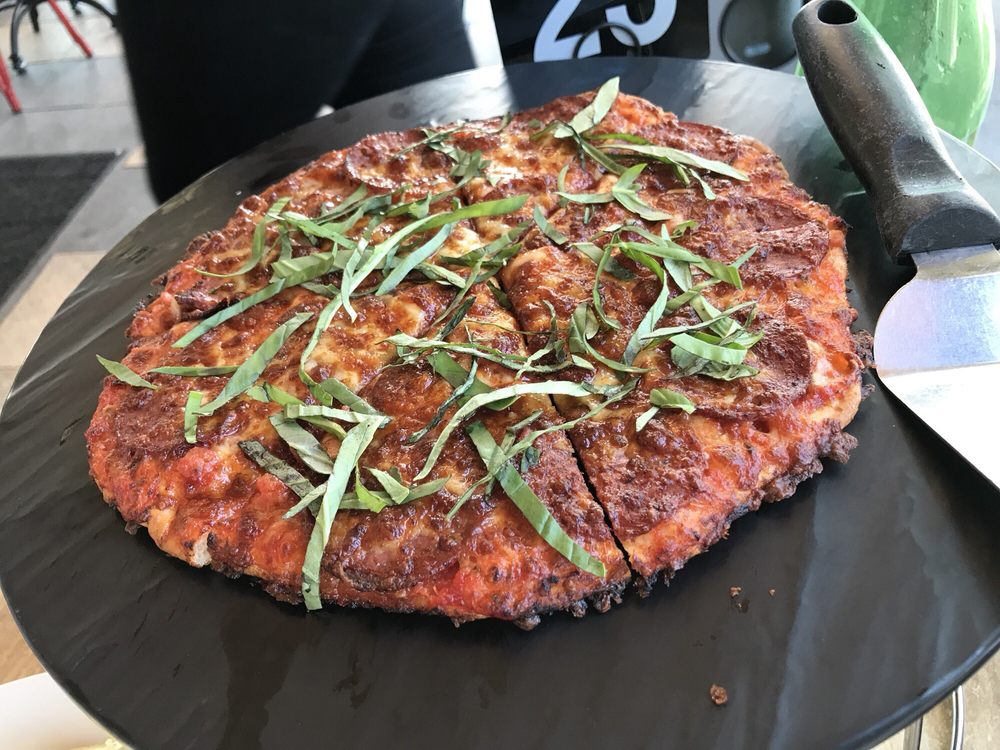 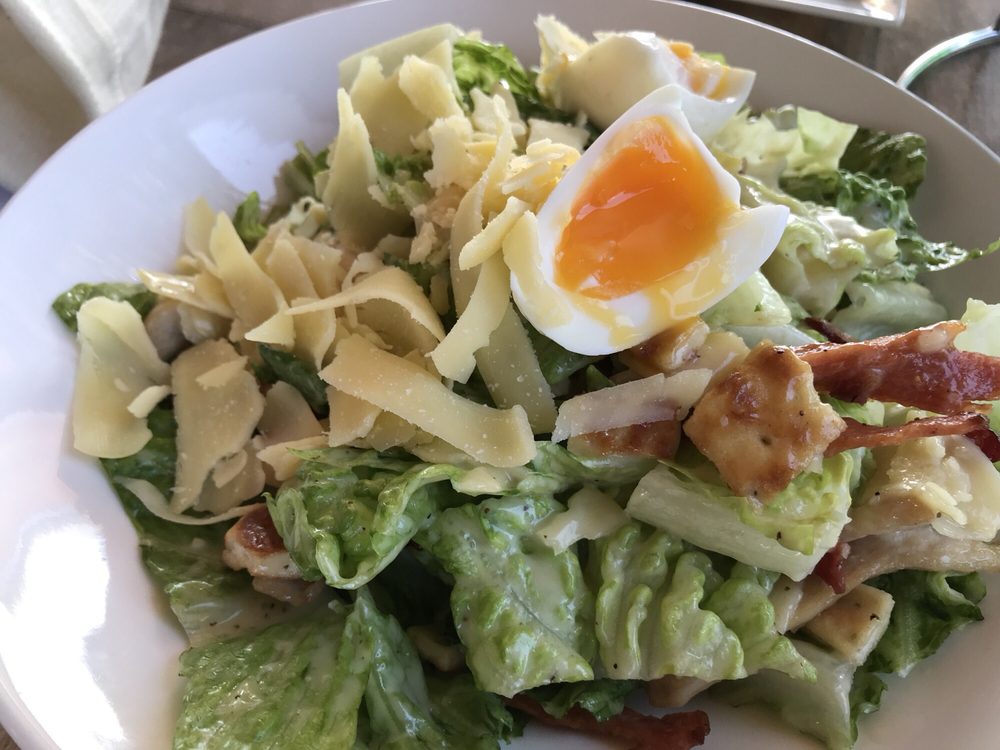 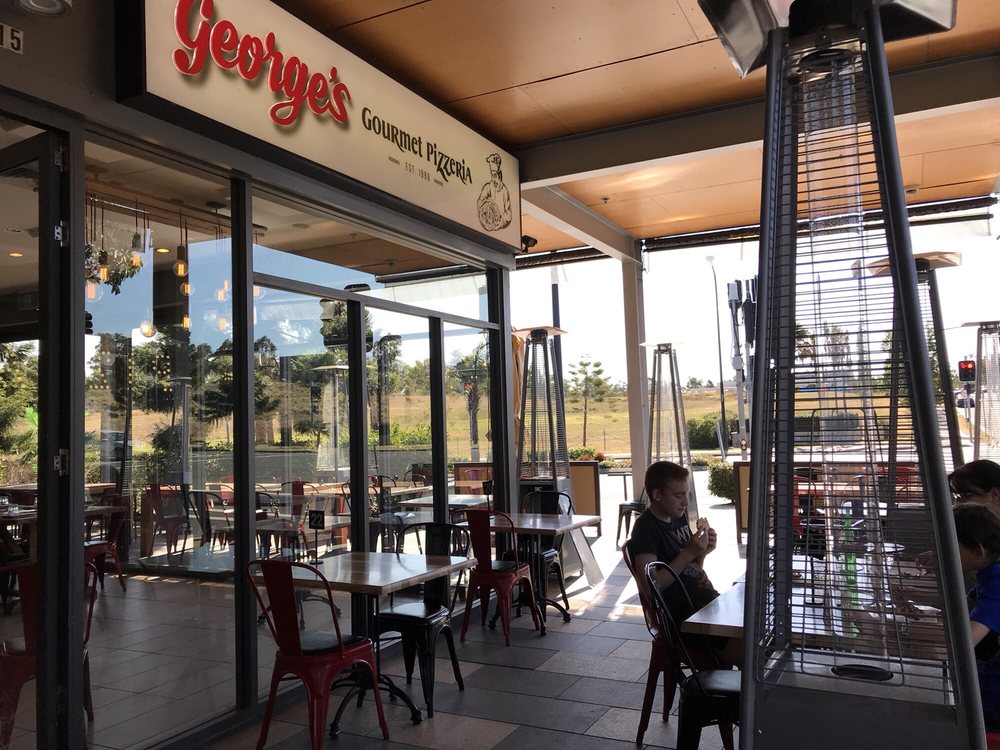 George’s pizza serves a lot more than pizza, including pasta and other Italian standards. In fact the best item we had was the chicken Caesar salad, although I say that with qualifications. The chicken was actually quite tough, and the salad would have been better without it. But the bacon-like meat was good, the dressing was excellent, and the lettuce was nice and crisp.

I’m a fan of many styles of pizza, from thin crust to deep dish, New York style to Chicago style. George’s pizza isn’t really any of those. The crust is thicker than thin, and is a bit too tough and chewy. The result varies depending upon the pizza you order. In the case of pepperoni, it seemed like it was a frozen pizza, and was really not very good. But on the generously topped Mediterranean pizza (a veggie option) it worked fine, because the whole thing seemed more like a vegetable tart than a pizza.

It’s a quick serve concept where you order at a counter and they deliver to your table, but even so the water and menu service was friendly and attentive.